Developer to Buy Orphanage Building from Burlington College | Off Message 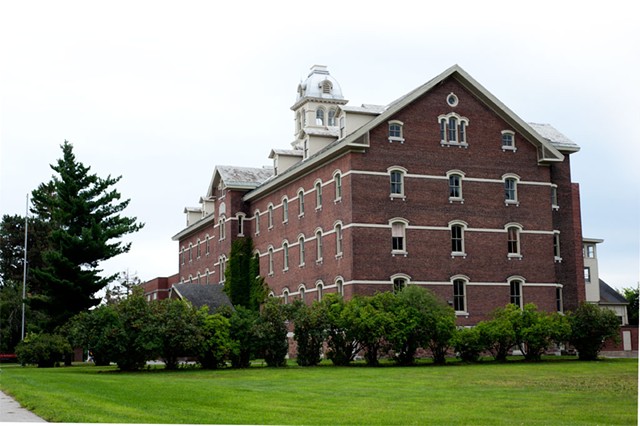 The deal isn't expected to take place until next year, but Farrell is giving the cash-strapped college a $250,000 deposit in late January.  According to a press release, Farrell will renovate the building, converting it to student housing.

Burlington College had signed an earlier agreement to sell Farrell all but six of its 33 acres — and two properties on Lakeview Terrace — for $7,650,000. That sale is expected to close in late January, after a deadline has passed for conservation groups to purchase the development rights. According to the release, "The deal is moving forward smoothly with no foreseen obstacles."

The college currently occupies a newer addition to the behemoth brick structure built by the Roman Catholic diocese as an orphanage in the 1800s. It purchased the property in 2010 but has been unable to renovate the main building — currently uninhabitable — due to the cost.

Farrell has committed to keeping at least two acres as open space and preserving a public path from North Avenue to a beach on Lake Champlain.