Friend of Burlington Homicide Victim Remembers the 'Life of the Party' 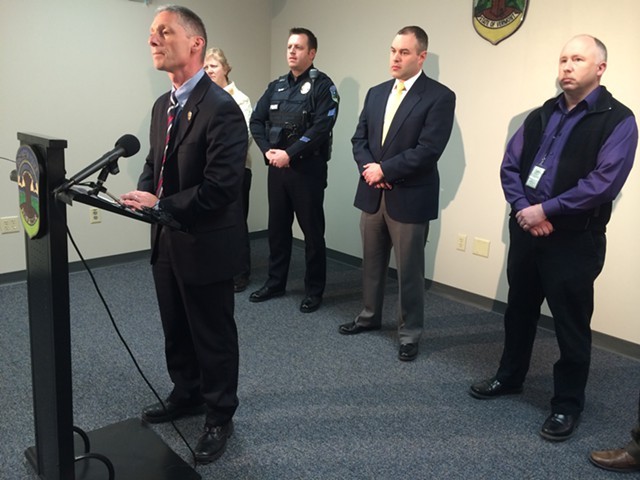 Stewart Dunoskovic didn't know anyone at the Ice House when he started working as a server there in the spring of 2012, but that didn't last long. Kevin DeOliveira, who had arrived at the restaurant only a couple weeks earlier, quickly introduced himself and invited Dunoskovic out for drinks, where he ordered them a concoction of gin, ginger ale and cranberry juice that he made up on the spot.

"He was like that with everybody," Dunoskovic said. "He was super friendly. He was the life of the party, real quick with a joke."

They became inseparable. In the summertime, they would hang out together after work almost every night, chasing girls and good times on Church Street. In quieter times, they would see each other a few times a week, even after they both left the Ice House to work at other downtown restaurants: Dunoskovic at Leunig's Bistro, DeOliveira at L'Amante Ristorante, which he left a couple months ago.

Dunoskovic was at work on Sunday morning when his girlfriend came in and broke the news he still struggles to believe: DeOliveira, 23, had been found dead in his Greene Street apartment over the weekend, killed by an unknown assailant.

Police, who have remained tight-lipped since the weekend, had little to say today about their search for DeOliveira's killer. Burlington Police Chief Michael Schirling said two dozen investigators were following "a variety of helpful leads ... in a number of specific directions," and continued to ask for the public's assistance.

A death certificate released today by the Department of Health said that DeOliveira died from a gunshot wound to the head.

Dunoskovic said he was still grappling with the shock.

"I have no idea," Dunoskovic said. "I don't know anything. I can't imagine any kind of motive."

DeOliveira, who studied at the University of Vermont but left before graduating, tipped well, took care of his friends and excitedly showed off his family when they visited from New Jersey, Dunoskovic said. The Asbury Park Press reported that DeOliveira was a 2009 graduate of Southern Regional High School in Manahawkin, N.J., and had worked as a lifeguard in Long Beach Township, N.J.

He had studied art in college, and his apartment was filled with stacks of drawings and sketches that he would eagerly show to anyone who asked, Dunoskovic said. Though they often daydreamed about opening a bar together, Dunoskovic thinks his friend would eventually have made his living in the arts, maybe started his own studio. "That was his passion," Dunoskovic said. "He was taking some time off, having some fun in life, [but] he definitely wanted to do something in design or art."

Last Tuesday night, Dunoskovic needed a place to crash, and instinctively went over to DeOliveira's apartment. They stayed up talking for hours. "It was a classic night at Kevin's," Dunoskovic said. "He seemed super happy, didn't have a complaint in the world. I hadn't seen him that happy in a while. I left there stoked."

He never saw his friend again.