After five years in prison, the U.S. Agency for International Development contractor was released as part of a sweeping deal to restore diplomatic relations between the U.S. and Cuba following more than half a century of tensions.

“Today President Obama and [Cuban] President Raul Castro made history,” Leahy said in a written statement. “After 64 years of animosity rooted in the Cold War, they have finally put our two countries on a new path. I congratulate them both.”

Leahy was joined on the trip to Cuba and back by Sen. Jeff Flake (R-Ariz.), Congressman Chris Van Hollen (D-Md.) and by Gross’ wife, Judy. They landed at Maryland’s Joint Base Andrews shortly after 11 a.m. The three congressmen are expected to hold a press conference on Capitol Hill at 1:30 p.m. 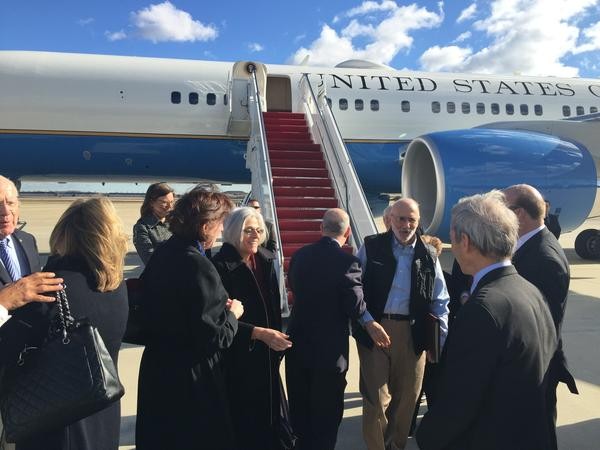 “President Obama has done the right thing, and the courageous thing, in gaining the release of Alan Gross after five long years in a Cuban jail,” Leahy said. “Alan Gross was acting on behalf of the U.S. government when he was arrested, and our government – his government – had a responsibility to bring him home.”

Leahy, who chairs the Senate Appropriations Subcommittee on State and Foreign Operations, has long championed Gross’ release. He traveled to Cuba in February 2013 and February 2014, meeting both times with Gross in prison and with Cuban President Raul Castro. Leahy aide Tim Rieser met twice more with Gross and spoke to the prisoner weekly, according to the senator’s office. 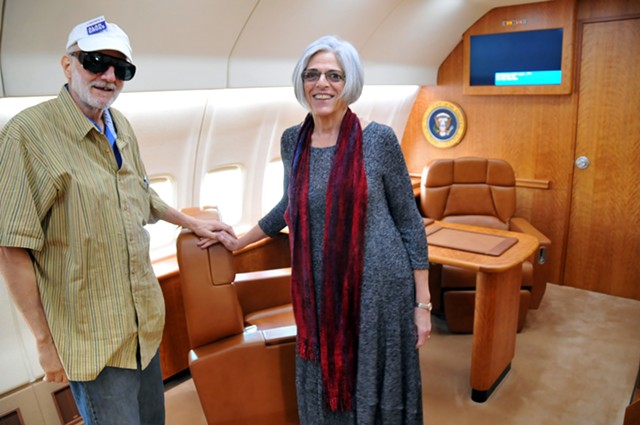 Obama is expected later Wednesday to announce that the U.S. will restore diplomatic relations with Cuba, reopen its long-shuttered embassy in Havana and ease travel restrictions. According to national news reports, the deal was sealed after 18 months of negotiations hosted by Canada and supported by Pope Francis. Three Cuban spies imprisoned in the U.S. were also released as part of the deal.

In his statement, Leahy called the Cuban embargo “a relic of the Cold War that has achieved none of its goals and that has isolated the United States.”

“Our policies, frozen in time, have disserved the nation and have failed utterly and abysmally in achieving their original goals,” he said.

In a separate statement, Sen. Bernie Sanders (I-Vt.), who also met with Gross in Cuba, said he was “very glad” the American was being released and was pleased relations with Cuba would be restored.

"I applaud the president for beginning discussions to establish full diplomatic relations with Cuba, just like most of the rest of the world,” Sanders said. “This is a major step forward in ending the 55-year Cold War with Cuba. Normal diplomatic relations would mean not only that Americans have the opportunity to visit Cuba, but businesses in Vermont and elsewhere can sell products there.”