Regulators Ask PSB to Investigate FairPoint After 911 Outage | Off Message 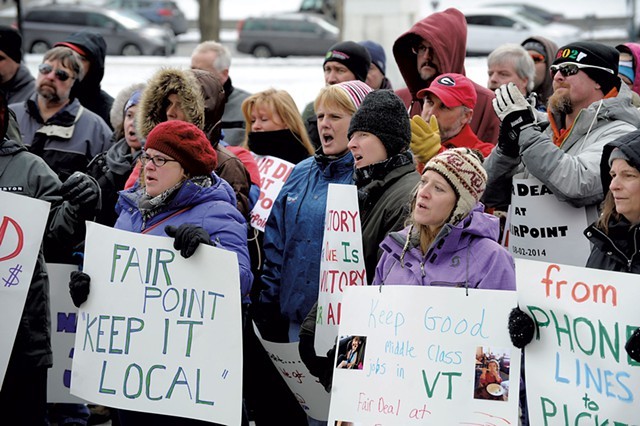 Updated at 1:45 p.m. to include FairPoint statement.

Days after a statewide 911 outage, the Vermont Department of Public Service has asked the Vermont Public Service Board to investigate the "adequacy,' of FairPoint Communications' service, following through on a previously issued threat to the struggling company.

The DPS said it had long planned to pursue action if customer complaints about FairPoint's service, which have spiked in recent months, did not subside by the end of November. Last Friday's phone outage, during which 45 calls to 911 did not go through, only heightened the concern, the agency said.

"The number of complaints we have received regarding FairPoint service outages and length of time for repair has remained unacceptably high for too many months, and spiked precipitously in the last two months,” Public Service Commissioner Christopher Recchia said in a prepared statement. “Last Friday's network outage, which resulted in Vermonters’ inability to reach 911 for a period of 5-1/2 hours, endangered public safety and welfare."

The DPS said that, while it can seek financial penalties against FairPoint if the PSB finds wrongdoing, its "primary purpose" in filing the petition is to determine the root cause of outages and delays in repair, and to find a solution. The PSB, comprised of three members appointed by the governor, is a quasi-judicial body that presides over a range of issues related to utilities, telecommunications, cable television, electric, gas and water service.

FairPoint has pledged to cooperate with a PSB inquiry.

"We have received the Department's request for the board to open a service quality investigation. If the board opens an investigation, we will fully cooperate with them," the company said.

Roughly 1,700 FairPoint workers, including 370 in Vermont, went on strike on October 17 after negotiations broke down over issues including a pension freeze, eliminating health insurance for retirees and requiring workers to contribute to their health insurance premiums.

Around 3 p.m. on Friday, network problems caused by a fiber cut in key FairPoint infrastructure prevented many Vermonters from being able to place outbound calls, including to 911.

Vermont's Enhanced 911 Board complained that FairPoint was slow in providing them with the phone numbers of people who tried to call 911 but couldn't get through.The company eventually provided the phone numbers, and state officials got in touch with people who had sought help.


"While this outage affected more than just 911 service, the critical nature of such calls requires a swift response. Too much time transpired between when we learned of the outage and when we got any call-back numbers from FairPoint,” said David Tucker, executive director for the Enhanced 911 Board. “It’s bad enough when there is any kind of outage to this critical safety system, but it is very concerning that our ability to respond to those callers who didn’t get through during the outage was delayed.”

The department of public service echoed those concerns.

"I believe the FairPoint systems in place and the company’s response was inadequate for E-911 in Vermont to properly do its job during and immediately after this outage,” Recchia said.

FairPoint does not currently provide Vermont's 911 service, but its fiber infrastructure supports the system. Next summer, under a previously signed contract, FairPoint will take over as the 911 service provider.

FairPoint said the outage last Friday was caused by "a rare occurrence of the winter storm and a hardware failure."