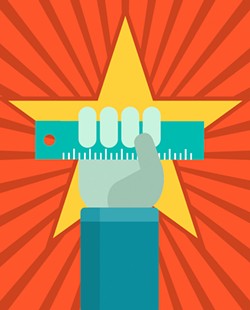 The U.S. Labor Relations Board released the vote tally Monday.

This semester, 101 adjuncts are teaching at St. Mike’s, according to the administration, which said it took a neutral stance on the organization effort. Forty-six faculty voted in favor of the union and 26 voted against it. On average, 20 percent of courses at St. Mike's are taught by adjuncts.

College dean Jeffrey Ayres released a brief statement saying that the college encouraged its adjunct faculty to vote and describing them as "an important part of the college in providing an excellent educational experience."

Sharyn Layfied, who teaches a first-year English seminar at St. Mike's, said she doesn't expect to benefit much — she is 65 and isn't sure how much longer she'll teach — but she's excited for her colleagues.

"I’ve been teaching since I was in my twenties and I have no retirement, no medical insurance, no nothing. I live pretty close to the earth. Whatever happens, it means people who are younger than me will have support of something bigger," Layfield said. "When you’re an adjunct, you’re always alone, and you have no way of knowing what the next six months will look like."

Seven Days wrote about the effort to unionize at all three colleges in October.

SEIU has notched a number of successes recently when it comes to organizing adjuncts. According to a press release issued Monday, it represents 22,000 faculty. Professors at roughly 12 schools have joined their ranks within the last year.