Burlington College Land Sale May Be Moving Forward | Off Message 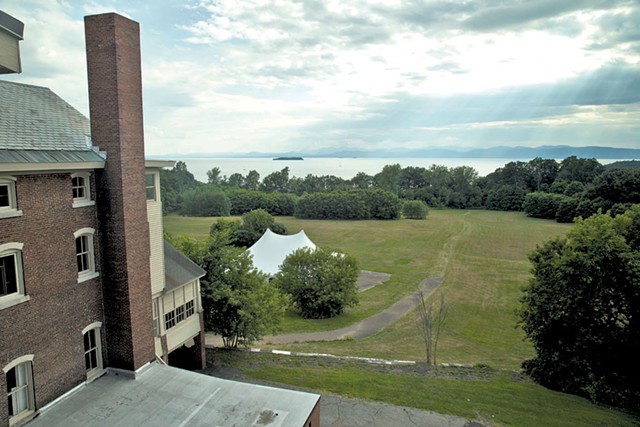 Burlington College announced today that its board signed a memorandum of understanding on November 14 agreeing to sell most of its campus to developer Eric Farrell unless a land conservation group can match his price.

Interim president Mike Smith told reporters in late October that the school planned to sell 25 acres to either Farrell, who plans to construct a large housing development on the site, or a conservation group. The memorandum with Farrell starts the clock on the second option — interested groups have 60 days, as of November 14, to make an offer.

College spokesperson Coralee Holms said the college hasn't received formal proposals from any groups at this point. Seven Days wrote about this scenario several weeks ago. Most conservation groups said the city administration would need to take action before they got involved, and so far Mayor Miro Weinberger has given no indication that he plans to do so.

The college, which would retain seven acres, desperately needs cash, according to Smith. Without an immediate infusion of money, he has said the small liberal arts school would likely have to close next year. The sale, Smith said, will reduce the school's debt from $11.4 million to $4.3 million and reduce its debt payments from $735,000 to less than $300,000 in future years.

Under the terms of the memorandum, if no conservation group comes forward within the 60-day timeframe, Farrell will pay the college $3.5 million in cash and take over the $4 million debt it owes to the Roman Catholic diocese for the original purchase of the property in 2010. Farrell would receive 25 acres of the school's lakefront campus and two properties located on a nearby street, Lakeview Terrace, which are mortgaged to People's United Bank and the diocese.

According to a press release issued by the college on Thursday, a conservation group would need to pay $7 million for the 25 acres, excluding the Lakeview Terrace properties. The announcement follows a VTDigger story published last night about the terms of the agreement.

The press release states, "This sale is not the magic bullet to the college’s future salvation," but gives it time to see if strategies to boost enrollment are working and "gives time to explore consortiums with other small liberal arts colleges in VT."