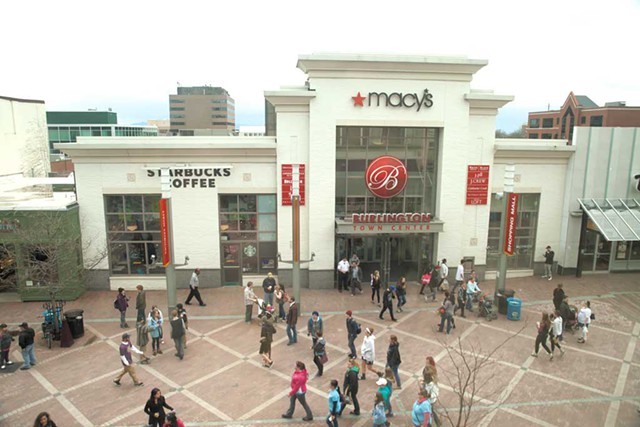 The Burlington City Council voted Monday to ban smoking at any time of day on Church Street. City parks could be next.

Similar measures have been rejected in recent years; one was vetoed by then-Mayor Bob Kiss in 2012. The Church Street Marketplace, which previously opposed a ban, helped lead the charge this time around, along with public health advocates.

In an uncharacteristically impassioned speech, council president Joan Shannon (D- Ward 5) — who normally moderates the discussion without weighing in — spoke about her struggles with asthma, which is aggravated by secondhand smoke. Shannon said that when people smoke near her on Church Street, "It causes me to panic." Addressing the rest of the council, she continued, "I will ask those who have spoken against this to please reconsider... I really would ask that you give consideration to the rights of people to just breathe air without being impacted by other people's secondhand smoke."

Just three councilors voted against the ban — Kurt Wright (R- Ward 4),  Max Tracy (P- Ward 2) and Jane Knodell (P-Ward 2). Knodell said she was concerned it would reduce the diversity of the city's central promenade. "I think it does send a message that smokers are not welcome on the Church Street Marketplace."

Immediately afterward, the council voted 13-1 to begin reviewing a proposal to ban smoking in city parks. Several years ago, the council banned smoking in parks within 25 feet of children. The problem with the ordinance, according to Nancy Kaplan, a member of the parks, recreation and waterfront commission, is that "Most people don’t walk around the parks with a tape measure."

Also Monday, the council shied away from studying a city-owned gas station. Tracy had proposed studying the idea, but his resolution was struck down 7-4 at the council meeting.

Motivating Tracy's resolution: markedly high gas prices in the greater Burlington area, which consistently exceed those in the surrounding regions. Tracy and other public figures, including Sen. Bernie Sanders (I-Vt.), have said a lack of competition is the cause.

All four voting Progressives (Knodell recused herself) supported Tracy's proposal while the remainder of the council, including Mayor Miro Weinberger, voted against it.

"Ill-advised" were the words of choice among those opposed. "This is not the time, nor is there any time really, for the city to be going into the retail gasoline business," Tom Ayres (D-Ward 7) said. Karen Paul (D-Ward 6), summoning up bad Burlington Telecom memories, worried that just contemplating the idea of a competitive enterprise could "potentially put our credit rating at peril."

Chapin Spencer, the director of public works, drafted a memo detailing the logistical challenges of opening his department's gas station — used for city vehicles — to the public. Among the issues: Approximately 300 vehicles rely on pumps and can take as long as 15 minutes to fill up. They require 24-access and often can't afford to wait in lines, according the memo.