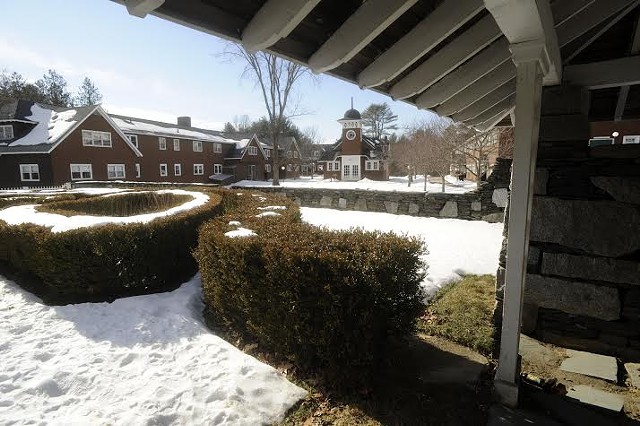 Twenty-three students graduate from Goddard College this Sunday. The school will hand out diplomas in a small, intimate ceremony — one of 20 held each year — at the Haybarn Theatre on its Plainfield campus. The graduates chose for a speaker a 1996 alumnus who has written six books and has been an outspoken advocate for racial justice and prisoners' rights.

The commencement speaker, Mumia Abu-Jamal, is a convicted murderer who is sending his speech, prerecorded, from the Mahanoy State Correctional Institution in Frackville, Penn. That's causing a stir — in Vermont and beyond.

Jamal was originally sentenced to death for killing a police officer in Philadelphia in 1981. The sentence was later amended to life in prison without parole. While behind bars, Abu-Jamal, 60, who claims to be innocent, has been speaking and writing extensively about his experience on death row and the criminal justice system in general. While in prison, he earned his bachelor of arts from Goddard in 1996.

Vermont cops are upset, too. Michael O'Neil, president of the 280-member Vermont Troopers' Association, penned a strongly-worded letter requesting that the college's interim president, Bob Kenny, rescind its offer. "Your invitation to this convicted murderer demonstrates an absolute disregard for the family of Danny Faulkner and the families of other police officers who have been killed while serving their communities," O'Neil wrote on Tuesday, referring to the police officer Abu-Jamal is convicted of killing.

In a written statement, Kenny commended the students' choice. “Choosing Mumia as their commencement speaker, to me, shows how this newest group of Goddard graduates expresses their freedom to engage and think radically and critically in a world that often sets up barriers to do just that."

Goddard isn't the first college to ask Jamal to speak at graduation — Evergreen State College in Washington invited him in 1999, which created a similar backlash, and Antioch College in Ohio invited him the following year.