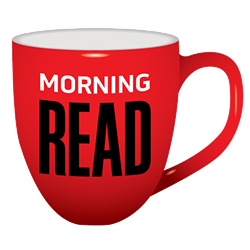 We've written plenty over the past two years about Gov. Peter Shumlin's time as chairman of the Democratic Governors Association. Like its counterpart, the Republican Governors Association, the DGA's primary purpose is to raise unregulated campaign cash from corporate and union donors and spend it on competitive gubernatorial races throughout the country.

It's no secret that both organizations regularly accept six-figure corporate contributions from the likes of Pfizer, Aetna and the Pharmaceutical Research and Manufacturers of America — and, in the case of the DGA, from the nation's largest labor unions. It's also no secret that, in exchange for that cash, those donors get to schmooze with governors at weekend retreats and "policy conferences," which Shumlin regularly attends.

What's less clear is the price of admission to those gatherings.

In Thursday's New York Times, congressional reporter Jonathan Weisman shines a light on what top donors pay — and what they get. Based on a trove of internal documents unearthed by the Democratic watchdog group Citizens for Responsibility and Ethics in Washington, Weisman's story focuses on the RGA's fundraising practices. Those donating at the $250,000, $100,000 and $50,000 level, he finds, receive invitations to "exclusive" and "intimate" meals with Republican governors and members of their staff.

Weisman also touches on a more shadowy realm of RGA and DGA influence-peddling. In addition to their traditional fundraising arms, both organizations operate independent expenditure super PACs and so-called "dark money" 501(c)(4) organizations, which are required to disclose practically nothing to the public. The documents detail 17 corporate "members" of the RGA's 501(c)(4), called the Republican Governors Public Policy Committee, whose identities had not previously been disclosed.

While Weisman's story focuses mostly on the RGA, he does briefly discuss DGA practices:

In a tit for tat, the Republican association unearthed documents from the Democratic Governors Association that also name corporate donors and the benefits: meetings with Democratic governors, “preferred seating” at policy discussions, and lavish receptions. But those documents do not detail contribution levels, nor do they reveal the corporate members of the Democratic association’s own secretive 501(c)(4), the Center for Innovative Policy.


One document obtained by Weisman describes the DGA's 2013 Western Policy Conference, which was held during Shumlin's tenure as chairman, but which the Vermont governor did not attend. For the price of $100,000, "Platinum Sponsors" were provided six tickets to the conference, "participation in policy discussions" and "preferred seating" for those discussions.