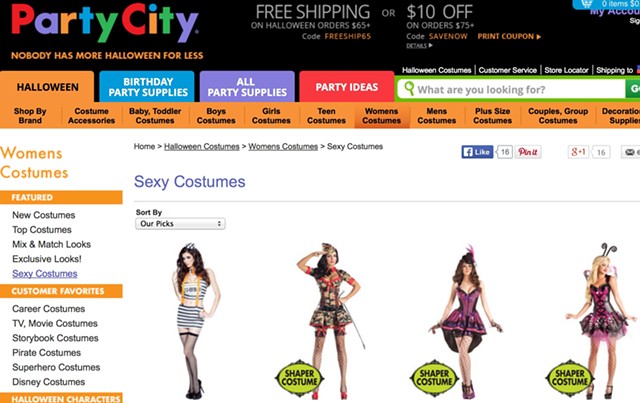 The party's over for Burlington Free Press publisher Jim Fogler.

After 26 years at Virginia-based Gannett Company, Inc., which owns the Free Press and 80 other papers, Fogler is leaving journalism next week for ... a costume shop. According to editor Adam Silverman, he has taken a new job as vice president of business development at Party City, which describes itself as "the leader in the party goods industry."

The Rockaway, N.J., chain operates some 800 stores throughout the country. Just last week, it opened a new, 26,000-square-foot store in South Burlington, which, as the Free Press dutifully reported, "dwarfs the company’s average-size store of 12,000 square feet."

Neither Fogler nor Party City immediately returned calls seeking comment. According to Silverman's report, the publisher announced the news at a staff meeting Thursday morning.

"It's been a great career here at Gannett," Silverman quotes the boss as saying. "I have a passion for this business, just like you do, and I'll never lose that."

Fogler has presided over a period of great change during his four years at the Free Press. Two years ago, he oversaw a $2.4 million rebuild of the paper's printing press and a radical redesign from broadsheet to tabloid. At the same time, the Free Press upped its subscription price and started charging for online content.

Later that year, the paper announced plans to sell its historic College Street headquarters. In October 2013, it closed on a deal to sell seven of its 12 buildings to Joe Handy and four siblings. The Free Press' news and advertising departments subsequently moved to the Burlington Town Center Mall on Bank Street.

Fogler's time at the Free Press hasn't always been a party. Print circulation has dropped precipitously, as has the size of the paper's staff. Just last summer, Fogler presided over the layoffs of 13 employees.

More are likely on the way. As we reported earlier this month, Gannett is calling for 15 percent budget cuts throughout its newsrooms. Newspaper analysts expect the company to require all its reporters and editors to reapply for their jobs, of which there will likely be fewer. It's unclear whether Fogler's departure is related to those cuts.

At Party City, Fogler will have plenty of costumes from which to choose. In addition to its line of Disney Frozen kids outfits, the chain offers a vibrant selection of "Sexy Halloween Costumes," including the "Adult Bustin' Out Prisoner Costume," the "Officer Sheila B Naughty Costume," and the "Adult Native American Princess Body Shaper Costume."

Fogler will be replaced on an interim basis by advertising director Tammy Shannon as Gannett conducts a search for a permanent successor, Silverman reports.