August 25, 2014
This weekend brought a rare bit of good news from the otherwise war- and insanity-torn Middle East: the release of American journalist Peter Theo Curtis, who was kidnapped in Antakya, Turkey in October 2012 as he was entering Syria. Curtis was held for two years by a group called Nusra Front, Al Qaeda's official Syrian wing. 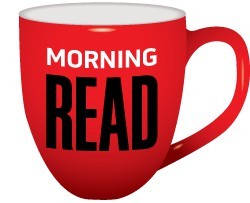 A 45-year-old Woodstock, Vt. native and Middlebury College alum who often writes under the name Theo Padnos, Curtis clearly has a hankering for venturing to places most of us fear to tread. In the mid-2000s, he pretended to convert to Islam in order to join a radical Yemeni mosque, then later wrote about his experiences in the 2011 book Undercover Muslim: A Journey into Yemen.

Earlier in his career, Curtis spent time teaching literature to thugs, rapists and murderers in the Woodstock Regional Correctional Facility. It was there he met Laird Stanard, a 17-year-old convicted murderer who'd killed his own mother. Curtis' experience later became the subject of his 2003 memoir, My Life Had Stood a Loaded Gun.

Seven Days profiled Curtis/Padnos in a November 12, 2003 story, "Murder, He Wrote: Theo Padnos reveals his read on kids who kill." Memorable from that interview and story was Padnos' ability to get people to like and trust him, then reveal things about themselves no one else knew.