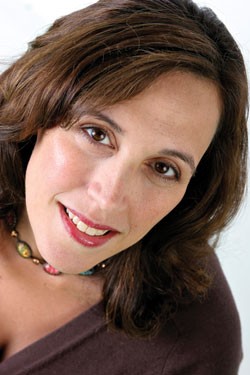 A beloved professor whose scholarship focused on the intersection of gender and the law, Hanna distinguished herself as Vermont’s most prolific legal commentator. Her engaging manner enlivened the state’s legal reporting and her commentaries brought home the relevance of the courts to everyday life.

"Professor Hanna was a beloved teacher and role model to many within and beyond the Vermont Law School community," VLS spokeswoman Maryellen Apelquist said Monday in a written statement. "It is with heartache that we share this loss. She will be deeply missed by our faculty, staff, students and alumni."

Hanna, 48, is survived by her husband and two young children.

Describing Hanna’s death as “untimely,” Apelquist declined to elaborate on its cause.

According to a statement released Monday by the Burlington Police Department, a 48-year-old woman was transported Sunday afternoon from a South End residence to Fletcher Allen Health Care's emergency department, where the woman died. An investigation conducted by the Office of the Chief Medical Examiner, according to the statement, "has revealed no indication of foul play or suspicious circumstances."

A graduate of Kalamazoo College and Harvard Law School, Hanna served as an assistant state’s attorney for the city of Baltimore and on the staff of Bill Clinton’s 1992 presidential campaign. She joined the faculty of Vermont Law School in 1994 and later became vice president for external relations.

At VLS, Hanna taught courses on constitutional law and public law, but she was most passionate about legal issues facing women and girls. She co-authored a leading casebook on domestic violence and wrote extensively about the subject. Her legal scholarship also touched on violence committed by young women and sex trafficking.

In Vermont, Hanna was probably best known as a commentator for Vermont Public Radio, legal analyst for WCAX-TV and go-to source for any reporter covering the judiciary. She was frequently quoted in stories about the Vermont Supreme Court and the 2012 race for attorney general — and she was occasionally mentioned as a future candidate for both offices.

Between 2005 and 2010, Hanna served as a contributor to Seven Days, writing op-eds, legal analysis and filling in for the late political columnist Peter Freyne.

In her guest columns, Hanna wrote about an arcane and unenforceable Vermont law barring doctors from providing abortions, why the U.S. Supreme Court should televise its hearings, and the dissenting opinions of then-Vermont Supreme Court justice Brian Burgess.

“The current opposition, fueled by talk-show pundits and interest-groups that depend on controversy to survive, has centered on the accusation that she’ll allow her background as a New Yorker of Puerto Rican heritage to influence her decisions. That debate is so dated that it verges on ridiculous,” Hanna wrote. “So, rather than worry about whether Judge Sotomayor will be a ‘reverse-racist’ judge, conservatives should really worry that she’ll be a rock star — judicially speaking, of course.”

In March 2010, she prefaced a piece in Seven Days about the role of women in Vermont’s legal system — and the recent appointment of Christina Reiss to the federal bench — with an anecdote about her young daughter’s surprise to learn that women, too, can serve as judges.

And in August 2012, Hanna wrote in Seven Days’ sister publication, KidsVT, about the challenges of balancing her academic career with her role as a mother. Drawing on the work of Anne-Marie Slaughter and Madeleine Kunin, she argued that it was high time for American society to provide the workplace flexibility necessary for parents to advance their careers.

In the modern “culture of competitive parenting,” she wrote, “it’s easy to believe that there’s some memo on how to keep it all together.”

“I missed that memo, and so I manage career and family the same way I golf: I'm a poser. I hack away, and it ain't pretty. Every once in a while I connect, and it's so beautiful in that moment I believe I do have it all,” Hanna wrote. “Then the phone rings or someone throws up, and I have to take a deep breath and remind myself that the game's hard, and almost no one masters it. But I stick with it because I love it, and because, honestly, I have to.”