Donovan: DCF Will Face no Criminal Charges in Death | Off Message

Donovan: DCF Will Face no Criminal Charges in Death 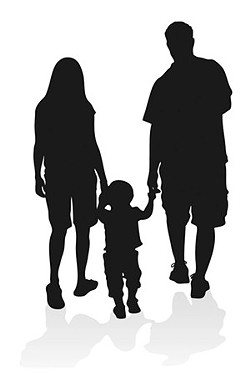 The Department for Children and Families worker who visited a Winooski toddler to investigate an abuse complaint and left shortly before the child was brought to a hospital and pronounced dead will not be charged with a crime.

DCF supervisor John Salter visited Peighton’s home to follow up on a complaint from an emergency room physician who told DCF after the child was treated for a stomach illness that Peighton had unexplained bruises on his neck.

A written summary of an investigation — released to the news media, Donovan said, with DCF’s consent — described what Salter later told a police investigator happened when Salter visited the apartment where Peighton lived on April 4.

Nytosha Laforce — Peighton’s mother, who is now charged with second-degree murder in the case — and her boyfriend Tyler Chicoine were there, according to the summary. It recounts an interview in which Salter described seeing Peighton in a poorly lit room:

“[Salter] advised they went into the bedroom and [Peighton] appeared to be sleeping with a blanket up to his clavicles. He reiterates to Nytosha that he has to view the injuries and they walked over to the crib and she gently touches his head and turns him so he can see the bruise on the left side of his neck. [Salter] advised that she was very slow and methodical about moving him and got the impression that she did not want to wake [Peighton] and then returned his head to straight up and down, as the child was sleeping on his back.”

Salter left, intending to follow up with the doctor and “would have probably been back for an additional visit,” the summary states.

“Within 5 minutes of [Salter] leaving the house, Laforce calls 911 reporting the child unresponsive and the child is brought to the hospital and subsequently pronounced dead,” the report says.

Authorities cannot say with certainty if the child was dead when Salter left, a state police official said.

Whether those protocols should change is the subject of a legislative inquiry, he noted.

Cindy Walcott, deputy commissioner of DCF, was at the news conference. “I know John to be a dedicated professional,” she said. “And I know that this has been agonizing for him to think about in retrospect.”

Salter thought he was looking at a sleeping, sick baby, Donovan said.

DCF has been rocked by circumstances surrounding two children’s deaths: Peighton’s and that of 2-year-old Dezirea Sheldon. Dezirea was killed after DCF returned her home after investigating previous abuse. Her Poultney stepfather has been charged with her murder.

Gov. Peter Shumlin has beefed up staffing and announced a planned streamlining of the agency's mission. A panel of state legislators is gathering information with an eye on reform, and an independent child welfare group is to review the state’s practices.