July 02, 2014
Chittenden County State's Attorney T.J. Donovan will not file charges against seven men arrested for allegedly soliciting sex from an undercover South Burlington police officer, and instead will require them to take a class on the ills of prostitution. 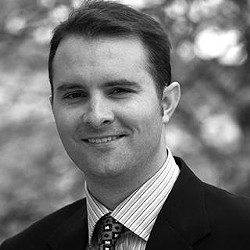 Of the seven men who went to a local motel after responding to a sex ad placed by South Burlington police, one man lost his job when word of his arrest spread, another was kicked out of his house and others been devastated by the public shaming, Donovan said.

None of the men had criminal records. They would have likely only paid fines had they been convicted, Donovan said.

"One of the purposes of sentencing is deterrence, and that purpose has already been achieved," Donovan said in an interview. "They have all been publicly shamed. What's more important is general deterrence. What best achieves that is educating these men that prostitution is complex, dangerous, violent against women — many are young, have issues, and are addicted to drugs."

Earlier this month, an undercover female officer from the South Burlington Police Department posted a notice on a website known to be used by prostitutes. Within six hours, 40 men had responded to the ad via email or phone, police said.

The men were arrested when they arrived for their liaisons at the Anchorage Inn. Only two of the seven men were from South Burlington. One came from Manchester, N.H.

The men will be charged if they don't complete the class, Donovan said. The class will be taught by Edith Klimoski, director of Give Way to Freedom, a foundation that supports victims of human trafficking and offers educational programs for the public.

Donovan said he has seen cases in recent months in which local teenage girls, hooked on drugs, have been working as prostitutes to support their habit.

"I'm trying to raise awareness that it's not just about sex," Donovan said. "You have to look at the context, and the context is the heroin epidemic in the state. We have 16, 17-year-olds prostituting themselves to feed their addiction. It provides us an opportunity to raise awareness of the larger issue here."