In Race for LG, Corren Says He's Qualified for Public Financing | Off Message 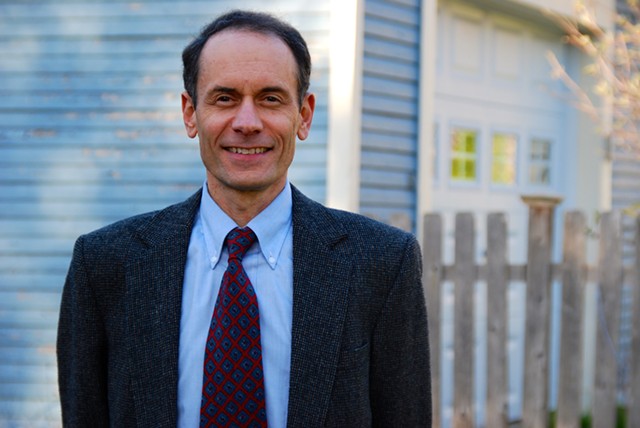 Dean Corren, a former legislator and Progressive candidate for lieutenant governor, said Wednesday he's raised enough money to qualify for up to $200,000 in public financing.

If certified by the secretary of state, Corren would become the first Vermont political candidate in a decade to run for office with public assistance. The development could dramatically recast his race against the two-term incumbent, Republican Lt. Gov. Phil Scott, who is not seeking public financing.

"I'm delighted and I'm gratified and I have been inspired by what people have done in contributing smaller contributions and getting all their friends and neighbors to do the same," Corren said. "It's just very nice to see the response from all over the state."

The deadline to qualify is this Thursday, but Corren said he reached his goal and "zoomed past it" on Tuesday, a little over a month after he entered the race. Corren said more than 800 Vermonters contributed more than $18,000, though his campaign is still tallying the numbers and won't file with the secretary of state's office until Thursday.

If certified, Corren will receive $50,000 during the primary election season and another $150,000 during the general election, less the amount he raised to qualify. Corren said Wednesday that receiving public funds will allow him to focus on campaigning.

"That's the end of fundraising," he said. "It's all about the issues. It makes campaigning the way it ought to be."

Corren isn't the only one seeking public financing. Democratic lieutenant gubernatorial candidate John Bauer has been doing the same. He could not be reached immediately on Wednesday, but he told Seven Days on Monday that he was "close" to qualifying.

"We haven't reached our goal yet, but we're confident," Bauer said at the time. "We're trying our hardest. It's going to be a photo-finish."

In March, Scott had $48,000 in his campaign account. He recently sent a fundraising letter to contributors in which he warned of the public financing system's impact on his reelection efforts.

"Two people have stepped up to oppose me and there is talk that there may be another serious challenger for this seat," Scott wrote in the letter. "Whoever I end up running against will have a very formidable organization supporting them, with at least two of them seeking to use up to $200,000 of your tax dollars, known as 'public financing,' to fund their campaign."

Reached Wednesday afternoon, Scott said he does not “begrudge anybody for taking advantage of what’s the law,” but said he is “averse to using tax dollars to campaign.”

“My reaction is that it’s just taking money from those that may not support you, and I just have a hard time wrapping my arms around that,” he said. “When I think of $200,000, I think of 5,000 or 6,000 potholes. I think of three or four [Department of Children and Families] folks that might be able to be out in the field. I just think there are better ways to spend taxpayer money than in a campaign.”

Scott said he intends to continue accepting campaign contributions from corporations, as he always has, and will ramp up his fundraising to compete with Corren.

“I’m going to try to match that,” he said, referring to Corren’s anticipated war chest. “I’ll do my best to raise that.”