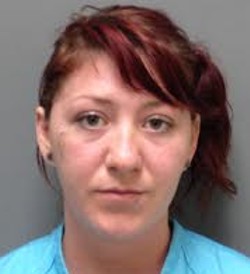 The mother of a 15-month-old baby found dead in their Winooski apartment last month has been charged with second-degree murder, police say.

Police did not provide further details of what prompted them to charge LaForce with killing Peighton Geraw, who died of trauma to his head and neck.

LaForce is already in jail on unrelated charges.

At the time of Geraw's death, LaForce was on parole after serving more than two years in prison for stabbing a man in the neck, nearly killing him, and attempting to smuggle pills into prison. Her parole was revoked days after Geraw's death, when she tested positive for cocaine and marijuana, according to court documents.

Geraw's death has prompted criticism of the Department of Children and Families. A DCF caseworker was in the Mallett's Bay Avenue apartment an hour before Geraw died, and observed bruises on the baby's neck, according to court documents. LaForce's boyfriend was also in the apartment at the time of the caseworker's visit, according to court documents.

Last week, citing the death of Geraw and another young child who had come to the attention of DCF, Gov. Peter Shumlin announced a series of steps to reform how DCF handles child abuse cases.

Police said the investigation into Geraw's death is ongoing, and asked anyone with information to call Detective Pete Chapman at (802) 652-6898.