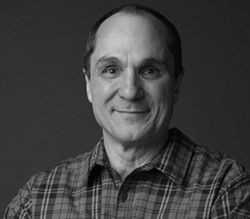 Burton Snowboards founder Jake Burton is once again stepping down from his role as chief executive officer, handing off day-to-day leadership of his company to current Chief Operating Officer Mike Rees.

Rees has held a variety of leadership positions at Burton Snowboards for the past five years, the company said, focusing on developing future plans for the Burlington-based company.

“Jake’s passion for product and for the sport extends throughout the entire organization, and growing the snowboarding lifestyle has been at the heart of Burton’s success from the beginning. I look forward to working closely with Jake to carry out his vision for growing Burton both on and off the mountain," Rees said in a prepared statement.

Burton, who founded the privately held company in his Vermont barn in 1977, relinquished the CEO position in 2005 to spend more time with his family, only to reclaim the job in 2009. He will now become his company's chairman.

“Four years ago when I got my old job back as Burton’s CEO, my goal was to get the company headed in the right direction, build up our leadership team and establish a clear plan for the long-term future of the brand,” Burton said in a prepared statement. “Looking back, we’ve accomplished these goals and have a solid foundation in place. Now it’s time to turn over the day-to-day tasks of running Burton to a new CEO."