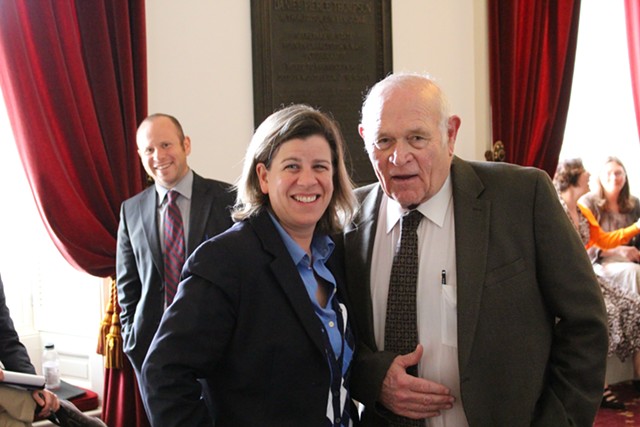 Rep. Heidi Scheuermann (R-Stowe) announced Tuesday she plans to sit out this fall's gubernatorial race and run for reelection instead.

"After a great deal of thought and consideration over the last two months, I have decided that I will not run for Vermont Governor this year," she said in a written statement. "Given the incredible support and encouragement I have received from Vermonters all over the state, this decision was a very difficult one, but it is simply not the right time for me."

The four-term state rep emerged as a leading potential candidate to challenge the two-term Democratic incumbent, Peter Shumlin. A former aide to retired U.S. senator Jim Jeffords, Scheuermann was viewed as a political moderate who, while lacking widespread name recognition and a deep donor base, could have run a strong campaign.

In her statement, Scheuermann still sounded very much like a candidate, criticizing Shumlin and the "Democratic super-majority in Montpelier" for failing to contain spending, refusing to address rising property taxes and creating "anxiety" over health care reform.

"We need common sense leadership that puts Vermonters first. We need a Governor who will listen and learn from Vermonters about their challenges and opportunities, and one who will put Vermonters first by leading with strength, conviction, and transparency," she said. "While I am certain that I would provide that kind of leadership, it is simply not the right time for me to run for Governor."