April 30, 2014
Burlington Mayor Miro Weinberger was scheduled to show up at the Bagel Café Wednesday morning for a weekly ritual that dates back to his campaigning days in 2012. “Mornings with Miro” is the mayor's regular standing date with residents of the city's New North End — and anyone else who wants to chat with him from 8 to 9 a.m.

On this particular morning, there was plenty of news to discuss: Fewer than 48 hours earlier, Weinberger had called for Burlington School District Superintendent Jeanne Collins to step down, as a result of a series of school budget blunders that have recently come to light. Collins responded by saying the mayor was out of line to call for her ouster.

On Tuesday, Collins notified residents through Front Porch Forum that she and departing school board member Keith Pillsbury would be at the Bagel to talk with residents about school-related issues from 8:30 to 9 a.m.


Café staff had anticipated that sparks might fly. But Miro was a no-show, negating the possibility of a bagel brouhaha. A staff member from the mayor’s office said Weinberger couldn’t attend due to a “time-sensitive scheduling conflict” that arose Monday. According to his office, it had nothing to do with Collins' presence, and scheduling conflicts periodically force the mayor to forgo his Wednesday morning bagel.

In his stead, Weinberger sent Bill Ward, director of code enforcement, who gamely fielded questions about city finances from a few of the locals. 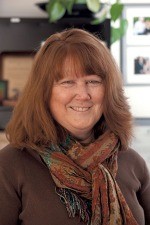 In another corner of the café, Collins, along with Pillsbury and two supportive former school board members, Katherine Chasan and Linda Deliduka, discussed the district’s plight. Collins traced the district’s budgeting errors to a transition from what she says was a faulty financial accounting system to a new, soon-to-be-fully-operational one.

Collins told the half-dozen residents in attendance that calls for her departure amounted to a "politicization" of the situation.