Morning Read: 49 Percent Approve of Shumlin's Job Performance, According to Poll | Off Message 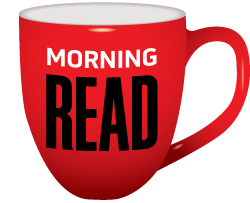 More Vermonters approve of Gov. Peter Shumlin's job performance than disapprove of it, but the gap between those competing assessments has narrowed significantly in the past two years.

That's the main — if not terribly surprising — takeaway from a newly released poll conducted earlier this month by the Castleton Polling Institute on behalf of VTDigger.

The poll, which queried 682 Vermonters over the course of a week, found that 49 percent approve of "the job Peter Shumlin is doing as governor of Vermont," while 40 percent disapprove. Eleven percent said they weren't sure or didn't have an opinion. The poll's margin of error was +/-4 percent.

So what does it mean?

That's hard to say. Publicly released polling in Vermont is extraordinarily rare (candidates and parties may poll more frequently, but we almost never see the results). And while Castleton has added more data to the mix since its polling institute was founded in the fall of 2011, the school hasn't measured Shumlin's approval rating since May 2012.

What we do know is that Shumlin's favorability has narrowed significantly since then. Two years ago, a full 65 percent of Vermonters approved of the governor's job performance, while only 23 percent disapproved (12 percent said they weren't sure). What we don't know is how, when and why those numbers have shifted in the interim.

Did his approval rating surge two autumns ago, when he handily dispatched Republican Randy Brock in the 2012 election? Did it tank last summer, when he became entangled in a messy land dispute with a neighbor — or last fall, when Vermont's health insurance exchange failed to operate as designed? Will it surge again next month, when he (presumably) signs into law an increase to the state's minimum wage?

We don't know! And to draw any firm conclusions without more regular polling would be irresponsible. (I will now interrupt this blog post to heartily thank Digger and Castleton for conducting this poll and to beg other media outlets to commission more.)

That said, since I'm paid for punditry, allow me to make one observation, speculate a little and add one important caveat:

Observation: Few of the demographic breakdowns in the poll are surprising. Southern Vermonters, women, those with higher levels of education and those at either end of the income and age scales most approve of Shumlin's job performance. Northern Vermonters and those with lower levels of education are more likely to disapprove, while men, middle-aged and middle-income Vermonters are generally split. (It's worth noting that the margin of error for questions slicing and dicing the demographics is higher.) That's all in keeping with state and national trends.

One result that should be alarming to Team Shumlin is his favorability rating among independents. When Castleton asked the same question two years ago, a full 70 percent of independents said they approved of Shumlin's job performance, while only 15 percent disapproved (The remaining 15 percent said they weren't sure). This time around 44 percent of independents approve of Shumlin's job performance, while 42 percent disapprove (14 percent weren't sure or didn't offer an opinion). That's well within the margin of error.

Simply put, Shumlin needs to keep an eye on independents.

Speculation: As noted above, we don't know for sure whether these results represent a recent peak or nadir. What we do know is that, with a weak Vermont GOP and no formally declared opponent, Shumlin has suffered few effective political attacks and has been on the receiving end of no negative political advertising.

And yet, more than four out of 10 Vermonters say they disapprove of his job performance.

What that indicates to me is that, if Vermont Republicans nominate a solid, well-financed candidate with the ability to attract press coverage and pay for advertising, he or she could easily push Shumlin's approval rating under water.

Caveat: There ain't no such candidate yet. And even if one emerges and drags down the gov's favorability, he's still the incumbent; he's still far better known than anyone the GOP could nominate; he's still a Democrat running in a left-leaning state; and he still has a ton of money at his disposal.

You can read more about the Shumlin approval rating results here, and about VTDigger/Castleton's polling on property taxes and GMOs here and here.