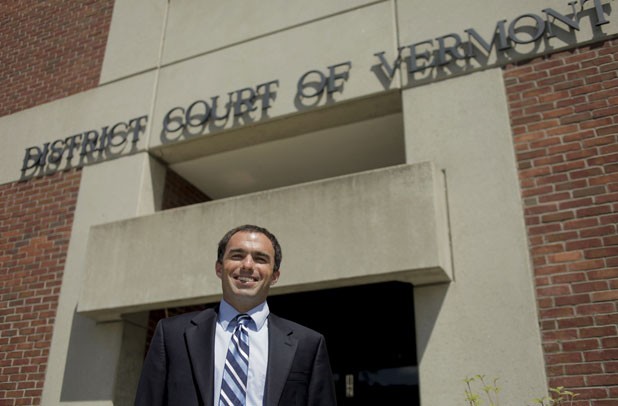 Two years after they launched an unsuccessful campaign for recognition as state employees, deputy prosecutors and support staffers across Vermont are trying a new tactic: They want to be unionized as county employees.

The Vermont State Employees' Association this week filed a petition with the Vermont Labor Relations Board on behalf of 55 deputy state's attorneys, victims' advocates and administrative staffers from six counties — Chittenden, Franklin, Essex, Orange, Rutland and Windsor — who want the right to collectively bargain.

The VSEA said it hopes to expand the union push to include more employees and more counties in the coming weeks, saying the workers have been left in legal limbo due to peculiarities in state law.

“Today, these workers have no right to have a voice in the determination of their working conditions, career progression or pay, but they are determined to continue their fight to obtain these rights,” said VSEA Executive Director Mark Mitchell. “State workers and their union look forward to welcoming these members into the VSEA family and working together towards a respectful first union contract.”

As Seven Days reported back in 2012, deputy state's attorneys and the other staffers find themselves in a legal black hole. Though they receive state paychecks, work at state-controlled offices and enforce state laws, Vermont does not consider them to be state employees. And, while they are hired and fired by individually elected state's attorneys, the state's attorneys don't control the budgets that dictate their deputies' pay.

The issue came to a head in 2012 when the deputy prosecutors learned that, unlike state employees, they would not be receiving cost-of-living raises.

They petitioned to the Vermont Labor Board for the right to join VSEA, but eventually withdrew that petition in favor of another strategy — asking state lawmakers to pass a bill that would have recognized them as state employees who have the right to form a union.

The Shumlin administration opposed the VSEA's push to unionize the employees under the state employees' labor law in 2012, arguing that they were county employees.

The bill doesn't appear to be going anywhere in the legislature, hence the new approach: The VSEA is now seeking to unionize the group under a different law, which governs municipal and county workers, than the one they tried to invoke in 2012.

"My concern is, for the deputy state's attorneys in general, they have absolutely no voice in the setting of their compensation, benefits and working conditions, and if they want to talk to somebody about that, there is no person or group of people who could be assembled at a table," Windsor County Deputy State's Attorney David Cahill said. "If a deputy state's attorney says, 'I think somebody forgot to give me a raise,' there would be nobody to hear that complaint."

The VSEA currently represents a handful of municipal or county employees.