Sanders might be the one considering a run for president, but Sen. Patrick Leahy outraises him this quarter. 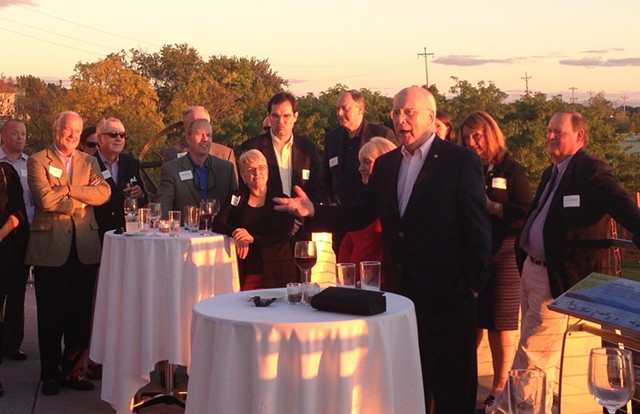 Sen. Bernie Sanders (I-Vt.) may be the one flirting with a run for president, but Vermont's senior senator is the one raking in the campaign cash.

During the first three months of 2014, Sen. Patrick Leahy (D-Vt.) raised more than $223,000 between his two campaign accounts, according to documents filed this week with the Federal Election Commission. In that same period, Sanders' campaign accounts brought in $114,00, while Congressman Peter Welch's (D-Vt.) took in nearly $105,000.

Of the three, Sanders is still sitting on the biggest pile of cash. The second-term senator has more than $4 million in his reelection campaign account and another $196,000 in his leadership political action committee, called Progressive Voters of America. If he sits out the 2016 presidential race, Sanders won't face another election until 2018.

In addition to traditional campaign accounts, most members of Congress — including all three members of Vermont's delegation — also operate leadership PACs, which can be used for some political purposes but not for direct campaign expenditures.

Unlike Leahy and Welch, Sanders raised the vast majority of his money from individual human beings, not special-interest groups. Sanders raised just $13,500 — less than 12 percent — of his first-quarter cash from PACs. Those included the American Postal Workers Union, the National Air Traffic Controllers Association, UNITE HERE and the National Association of Realtors.

So who's cozying up to Leahy and Welch?

The following donated $2,000 or more to Leahy's reelection campaign or his Green Mountain PAC last quarter:

And donating $2,000 or more to Welch's reelection campaign or his Maple PAC last quarter were:

Congressional candidates are scheduled to file their next fundraising reports by July 15.