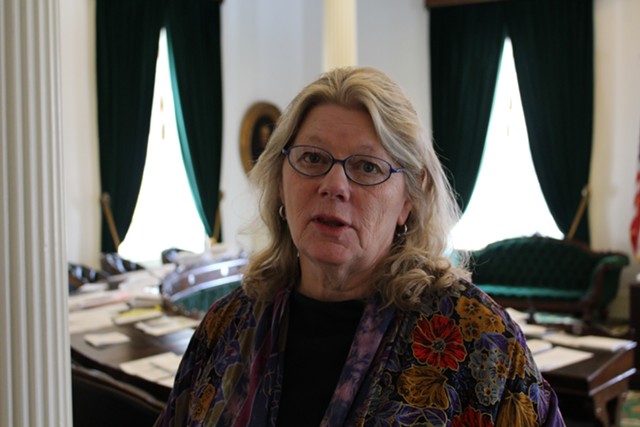 When it rewrote Vermont's campaign finance law in January, the legislature created a new limit on how much money an individual donor could spread throughout a field of candidates. Such donors would be limited to contributing a combined $40,000 to all candidates in a given election cycle and another $40,000 to all political action committees.

"We thought it was important, because it would limit the influence that a single entity would have — which is why we have limits in the first place," said Sen. Jeanette White (D-Windham), who, as chairwoman of the Senate Committee on Government Operations, helped write the law.

But White and her colleagues were well aware that the U.S. Supreme Court could soon declare such aggregate limits unconstitutional, when it decided the pending McCutcheon v. Federal Election Commission case. So they inserted a trigger making Vermont's aggregate limits contingent upon the court giving them its blessing.

On Wednesday, the court decidedly did not give them its blessing. By a vote of 5-4, it ruled federal aggregate limits unconstitutional, thereby nixing Vermont's own aggregate limits before they were ever in place.

"You don't want my one-word summation," White said of the court's decision Wednesday, before relenting and disclosing that she thought, "It sucketh."

"I think it is another step to undermining the democratic process and the influence of regular, normal people," she elaborated.

It's unclear how much, practically speaking, Vermont's aggregate limits would have constrained spending on state elections. Though the law would have limited contributions to traditional PACs, which contribute money directly to campaigns, it would not have constrained so-called super PACs. Those entities can raise and spend unlimited sums, so long as they only make independent expenditures.

Nevertheless, Rep. Donna Sweaney (D-Windsor) said she, too, was disappointed in the decision.

"I think that with all this money being dumped into elections and into Washington, it's disenfranchising for the rest of us," said Sweaney, who chairs the House Committee on Government Operations. "There's no way we can keep up."