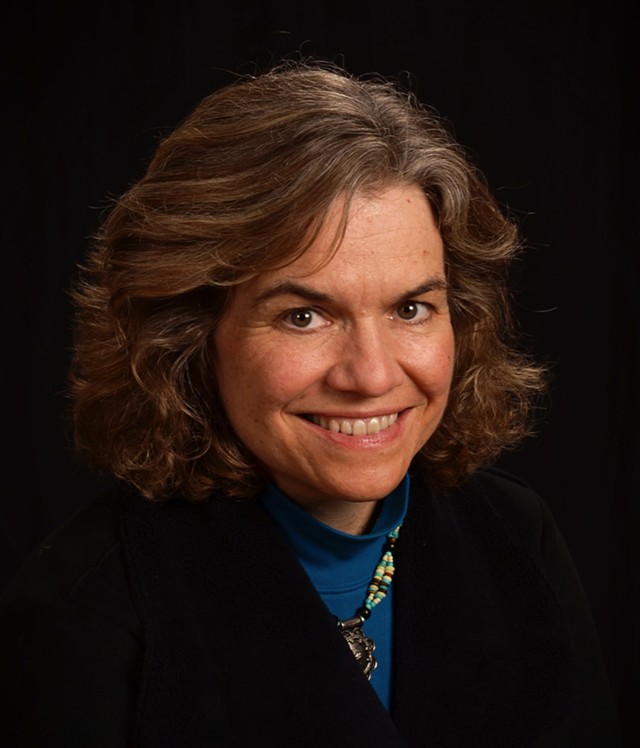 "My motivation for running is to continue to give citizens a voice in their future and to make sure their voice is not forgotten," she says.

Hallsmith (pictured at right) says she is collecting signatures to put her name on the ballot and is "tentatively" planning to announce her bid on February 5, though she says she may still reconsider.

Hallsmith would face off against Mayor John Hollar, with whom she publicly tangled throughout the fall. After she was put on paid leave in November, Hallsmith accused the mayor of orchestrating her ouster because of her outspoken advocacy for public banking. Hollar is a contract lobbyist whose clients include Wells Fargo and Bank of America.

Hollar disputed the allegations, saying, "I had nothing to do with it." City Manager Bill Fraser wrote in a letter to Hallsmith at the time that her dismissal was the result of insubordination, dishonesty and poor relations with colleagues and elected officials.

Hollar (pictured at left), who was first elected to the part-time post in March 2012, announced his plan to run for reelection two weeks ago. He says he welcomes a challenge, saying, "In general, I think campaigns are good for the electorate and give people an opportunity to hear the positions of the people they're voting for."

But Hallsmith, he says, might not make the best mayor.

"I think it would be a challenging position for her to be in, because of the terms of her departure," Hollar says. "That said, people can vote for whom they want to vote for. My hope is that we'll run a campaign, though, that would be based on issues that would be important to Montpelier and not personalities, her past personal issues or mine — that we talk about the issues that are important to Montpelier and the things that are happening here."

Hallsmith is currently appealing her firing in Washington County civil court, as the Barre-Montpelier Times Argus' Eric Blaisdell reported Friday. A previous appeal at the city level was denied January 2.

"I'm doing it to clear my name," she says of the appeal.

Asked if her candidacy is simply a reaction to her firing, Hallsmith says, "Well, if I was still working for the city, I wouldn't be running for mayor. But I'm really deeply committed to the work I've done for the city. And I want to see it carried out. This is not about sour grapes or anything. This is about the energy the people of the city put into the planning process."

As for what she thinks of the incumbent mayor, Hallsmith says, "I think we can do better."