Welch Undecided on Syria Strikes, Calls it a "Wrenching Decision" | Off Message

Welch Undecided on Syria Strikes, Calls it a "Wrenching Decision" 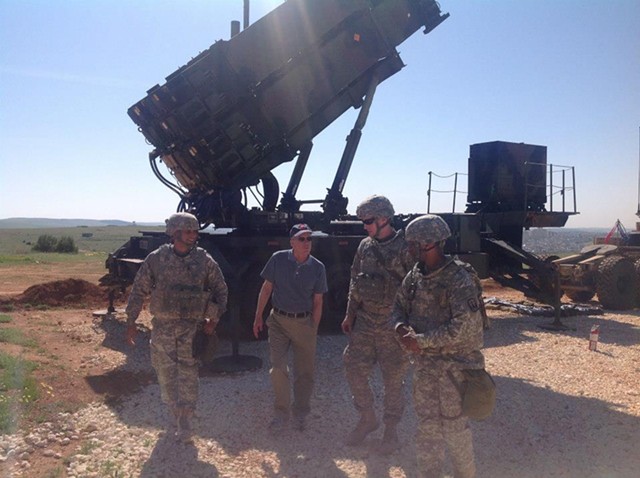 * Updated below with new comments and video from Sen. Bernie Sanders. *

In his first public comments since last month's chemical weapons attacks in Syria, Congressman Peter Welch (D-Vt.) said Wednesday he's "still in the process of deciding" whether to vote in favor of responding with air strikes.

"It's obviously a very wrenching decision," Welch said. "I mean, I've strongly opposed the U.S. getting involved in the civil war in Syria. That tragedy is something that I don't think we can control. We can't micromanage the outcome."

But, he continued, "There's a new question as a result of [the chemical weapons attacks of] August 21st — and that is when the Syrian state uses chemical weapons in violation of an agreement signed by 98 percent of the countries, there's a legitimate and moral basis for punitive action."

As we wrote in this week's Fair Game, Welch has advocated for months for Congress to weigh in on the nation's involvement in Syria. Welch said he was "surprised, but quite pleased" by President Obama's unexpected decision last weekend to ask Congress for an up-or-down vote on his proposed air strikes.

While Welch said he doesn't have any idea whether the House will wind up supporting Obama's proposal, he says it would be a mistake for the president to carry out strikes on his own.

"If it fails in Congress, he should not proceed," Welch said.

In recent weeks, Vermont's lone House member said his office has been hearing from Vermonters in droves — and, he said, "The comments are running strongly against any action in Syria."

Welch, who recently returned to Vermont from a vacation, said he expects he'll learn a lot more when he heads to D.C., where he plans to take part in classifed briefings on the matter. He also expects to feel some pressure from the White House. But, he added, he'll make up his mind on his own.

"The White House is going to be pushing hard to get this passed, but I've made it clear — obviously I listen and I'm going to be at the briefings — that at the end of the day, this is a vote I have to make on the basis of my conscience and my sense of what's morally right to do."

Sen. Bernie Sanders (I-Vt.), who returned from vacation Tuesday, has declined repeated requests since Sunday to speak with Seven Days about his stance on Obama’s proposed air strikes. But in a written statement released by his office Wednesday evening and in an interview he gave to MSNBC’s Ed Schultz that afternoon, Sanders made clear he’s leaning against voting for the strikes.

“I intend to keep an open mind with regard to the president’s proposal on Syria, but at this point I have serious reservations,” he said in the statement.

Sanders said he’s worried that, one, “involvement in another war in the Middle East” will “make it even harder for Congress to protect working families.” Two, despite Obama’s pledge to carry out “surgical strikes,” many members of Congress hope to expand that mission to include “regime change.” And three, waging war “almost unilaterally, without the support of the United Nations or NATO” would set “a very dangerous precedent that other countries could use in the future,” Sanders said.

Despite his contention that he hasn’t yet made up his mind, Sanders and Schultz worked each other up into quite an anti-war tizzy in the MSNBC interview. And Sanders made clear where he thinks his constituents stand.

“I’m keeping an open mind and I want to hear everything the admin has to say, but I would be less than honest with you if I didn’t say I have very, very deep concerns about this proposal,” Sanders told Schultz. “And, by the way, I can tell you that in my office, the phones are bopping off the hook there and almost unanimously people are opposed to what the president is talking about.”

You can watch the full interview here:

Photo of Welch during a May 2013 trip to the Turkish/Syrian border, Afghanistan, Pakistan and Germany courtesy of his office.