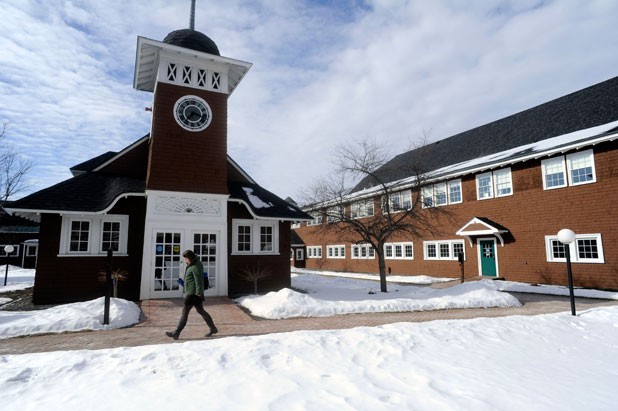 Barbara Vacarr, the embattled president of Goddard College, announced Thursday in a joint statement with the school's board of trustees that she will step down from her post in December.

"In this challenging time of national economic and enrollment concerns for higher education, I remain focused on the issues paramount to Goddard's mission," she said. "However, I have concluded that I must also pay more attention to the personal challenges facing close family members. Therefore, I look forward to working with the board in leaving the college moving ahead. I am grateful for the opportunity to lead such a wonderful institution."

Vacarr was the subject of a February 2013 cover story in Seven Days, in which staff writer Kathryn Flagg documented the president's struggle to turn the college around. While some community members praised her efforts to retool the school, others criticized the "corporate mentality" they say she brought to the hippie haven.

In a November 2012 letter sent to Vacarr and Goddard's board of trustees, Flagg reported, 46 faculty members complained about what they saw as a "pattern of unilateral decision making" at the school.

Last month, Barre-Montpelier Times Argus reporter Eric Blaisdell reported that faculty and staff members had alleged that Vacarr's administration violated federal labor law by threatening to impose pay cuts if a union contract was not settled by Aug. 1. Faced with a projected two-year deficit of $1.5 million, Blaisdell reported, the administration proposed to impose a five to eight percent pay cut on faculty members earning more than $30,000 a year.

While acknowledging the "tension and disagreement" at Goddard, board of trustees vice chairman Tino O'Brien says conflict between Vacarr and faculty members did not lead to her resignation.

"Barbara has real issues with her family. They are very genuine," O'Brien says. "I can say that I, personally, and the board is sad and disappointed. We would like her to stay on. It was clearly her decision and we support it, knowing what she's dealing with."

O'Brien declined to discuss ongoing labor negotiations, but said Goddard has only laid off one employee thus far. He said the board has yet to determine whether it would immediately look for a permanent replacement or hire an interim president when Vacarr departs.

"We don't have a plan yet," he says. "I remind you that this is a very recent piece of news for us."

According to Vacarr's chief of staff, Sarah Jarvis, the departing president is traveling and "not speaking with the press today."

File photos of Vacarr and the Goddard campus by Jeb Wallace-Brodeur.