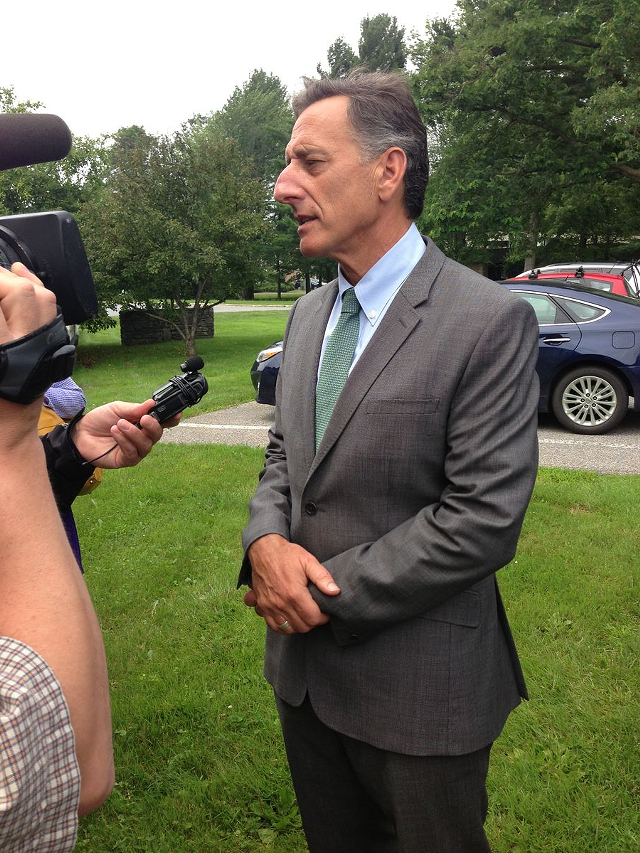 More than two years after then-Senate president pro tem Peter Shumlin loaned his gubernatorial campaign $275,000, the now-governor finally got his money back.

According to disclosure forms filed Monday with the secretary of state's office, Shumlin dipped into his sizable campaign war chest on January 3 to fully repay himself for three loans he made to get his campaign off the ground during the summer and fall of 2010.

"It's always been the plan to pay the loan back," explains Shumlin's campaign treasurer, Kate O'Connor. "Luckily, we found ourselves in the position to do so at the beginning of this year. The campaign doesn't want to carry a debt."

Indeed, after decisively defeating former state senator Randy Brock in November to win a second two-year term, Shumlin closed out the campaign season with more than $915,000 in the bank. After raising nearly $88,000 during the past six months and repaying the 2010 loans, the governor now finds himself with nearly $707,000 cash-on-hand.

While it's not uncommon in Vermont for wealthy candidates to loan their own campaigns generous sums of money, it's rare to see a six-figure loan fully repaid. Typically, candidates who make such loans eventually forgive them — in essence, converting the loans into direct contributions — or they carry them forward indefinitely.

O'Connor wouldn't say whether the governor, who reported $10.6 million in assets in 2010 and $502,000 in income in 2011, considered simply forgiving the loan rather than being paid back for it.

The optics of such a move aren't great for Shumlin, given that he is essentially cutting himself a check with money contributed by large and small donors alike. But asked whether the governor anticipates any blow-back from donors of modest means, O'Connor says Shumlin doesn't.

Shumlin's personal wealth proved to be a crucial crutch for the candidate during both the primary and general elections in 2010. He made his first $150,000 self-loan July 9 of that year, just two days after he became the first Democrat in a crowded, five-way primary to run television ads in the race. Candidate Shumlin wrote another $75,000 check on August 8 and a final $50,000 check on October 22 — just two weeks before he defeated then-lieutenant governor Brian Dubie in a general election.

Needless to say, it was a good investment.