That Welch Fundraiser We Mentioned | Off Message

That Welch Fundraiser We Mentioned

In this week's Fair Game, we wrote about a weekend fundraiser Congressman Peter Welch (D-Vt.) is holding later this summer in Woodstock for political action committee representatives and other out-of-state donors.

Didn't make the invite list? Don't take it personally. Neither did we.

But don't worry. Copied below, for your reference, is the invitation Welch's fundraisers have been circulating: 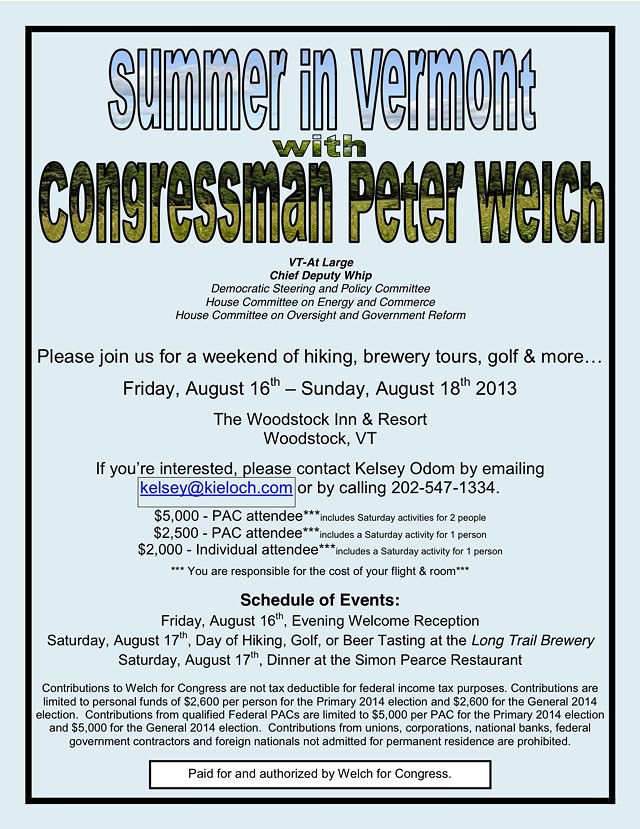 In the column, we also mentioned a separate invitation Welch's staff prepared for Vermonters who want to take part in the Saturday night dinner at Quechee's Simon Pearce restaurant. For just $1000 a person (or $1500 a couple!) you too can dine with Welch and his out-of-town guests.


Are you on Vermont politicians' fundraising lists? If so, feel free to forward similar invites our way (paul [at] sevendaysvt [dot] com) and we'll post them in this space.