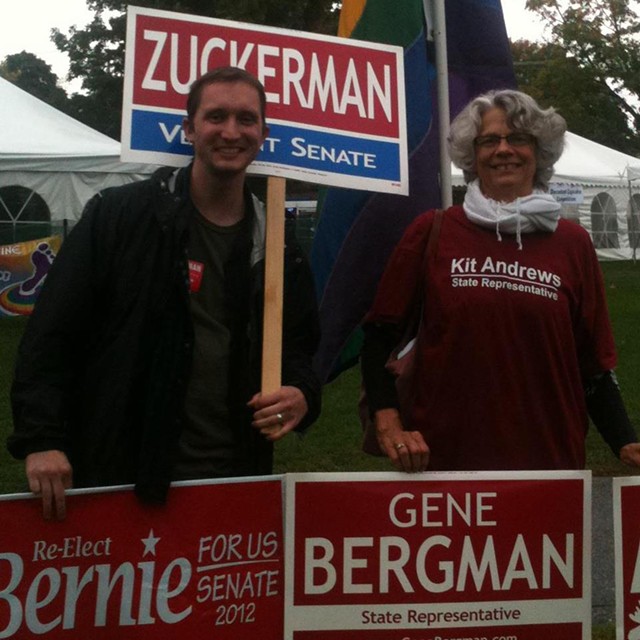 The next executive director of the Vermont Progressive Party says he hopes to focus on raising money for the party and building its "brand" in state politics.

"Something we run into a lot as Progressives is that people sometimes don't know what a Progressive is," explains Robert Millar of Winooski, who took the helm of Vermont's favorite third party on New Year's Day.

A 28-year-old University of Vermont graduate who grew up in Essex and Shelburne, Millar has dabbled in Progressive politics for years — volunteering on campaigns and winning election to the Winooski School Board for a two-year term. Most recently, he worked as office manager for Sen. Bernie Sanders' (I-Vt.) 2012 reelection campaign.

Millar replaces the party's longtime executive director, Morgan Daybell, who left after the November election to take a decidedly less political job at the Franklin Northeast Supervisory Union. Daybell oversaw a tactical transition within the party away from running statewide Progressive candidates against Democrats; instead, many Progressive-oriented candidates have recently run with the Democratic label as well.

"I personally think we should continue working on building our base of legislative candidates so they can work their way up," he says.

When the new legislature convenes next week, that base will include five members of the Vermont House and three members of the Senate who identify as Progressives (some are Ps, some P/Ds, some D/Ps). The party also helped to elect its first successful statewide candidate: auditor-elect Doug Hoffer, a Democrat and Progressive.

In a press release announcing Millar's hiring, party chairwoman Martha Abbott said, "I am pleased that we were able to find someone who has both experience in, and commitment to, our organization and an appreciation of the role we play in Vermont politics."