Gekas to Join Department of Vermont Health Access | Off Message 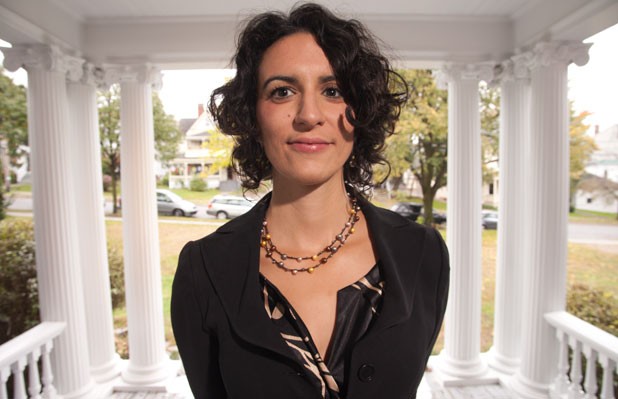 Sen. Vince Illuzzi isn't the only ex-statewide candidate with a shiny new job.

Cassandra Gekas, a Progressive and Democrat who ran unsuccessfully for lieutenant governor this year, tells Seven Days she's lined up a new gig at the Department of Vermont Health Access. She starts Monday as DVHA's health access policy and planning chief.

"As I was thinking about what I wanted to do post-election, it's really important that I'm doing work I care about and that's going to make the most difference to the lives of Vermonters," Gekas says. "For me, I'm going to miss the Statehouse, but for the time being I think it's really important for me to focus my energies and skills on making sure we get to single-payer."

Part of the Agency of Human Services, DVHA manages the state's publicly funded health insurance programs. Led by former state representative Mark Larson, it's charged with implementing the state's health insurance exchange, which was mandated by the federal Affordable Care Act (That's "Obama-care" to all you Fox Newsers).

Gekas will take the lead on policy research and analysis relating to the development of the exchange, according to a job description prepared by the department.

"We've very excited about the skills and knowledge she brings about health care policy," Larson says. "We were looking for someone who has a combination of a policy background as well as someone who's good at working with numbers. Her background and experience is a really good fit for that."

Describing the job as "behind the scenes," Gekas says it will be a departure from her work lobbying lawmakers, as she did as the Vermont Public Interest Research Group's health care advocate before running for lieutenant governor. During the campaign, Gekas was apparently offered a job lobbying for the Vermont State Employees Association, but she recently turned it down.

Gekas says she does not believe her status as a Democratic office-seeker played a role in her hiring by Gov. Peter Shumlin's administration.

"I just went through normal channels," she says. "I think they've been eager to fill the position for a long time. They've got a lot of work to do."

Shumlin deputy chief of staff and former campaign manager Alex MacLean — who helped persuade Gekas to run for lieutenant governor — says she placed a call to Larson on Gekas' behalf, but did not pressure the department to hire her.

"She certainly had expressed interest to me in being involved in the health care team and I relayed that to Mark Larson. That was the extent of my involvement," MacLean says. "I said she's interested. I said she was a very articulate advocate, particularly on the health care subject, throughout the campaign."

Says Larson, "It was very clear it was our decision about whether Cassandra was a good fit for the position, and we were very pleased to find she was a great fit for what we were looking for."

According to Gekas, the new job is a natural extension of her long-held career goals.