In VPR Commentary, Douglas Waxes Nostalgic About the Days of Old | Off Message

In VPR Commentary, Douglas Waxes Nostalgic About the Days of Old 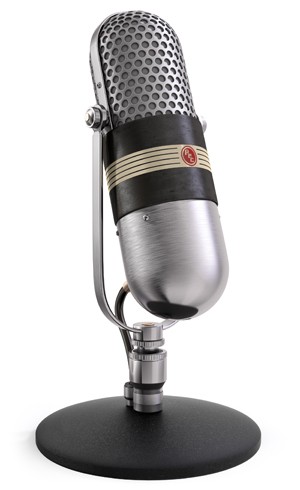 It's nearly October in an election year. Which means that somewhere deep within the bowels of Middlebury College, former governor Jim Douglas is waxing nostalgic about the good ol' days. The days when he was immersed, as he wistfully recalls in a Vermont Public Radio commentary that aired Wednesday evening, in "shaking hands, kissing babies, raising money and running political ads, all to persuade voters to give me the opportunity to serve."

Only, something has changed in the political world since ol' Jimbo hung up his hat. Things just ain't what they used to be. This year, the ex-gov says, he just "can't wait for the political season to be over" and envies "our Canadian neighbors, who recently ended a campaign that lasted a mere 33 days."

We're enduring a barrage of radio, television and internet ads that are trying to influence our votes. Most don't offer policy initiatives or visions of the contenders who sponsor them: the majority tell us why the other candidate is no good. Even the positive ads lack any real substance, for fear of offending a key constituency or furnishing fodder to the opposition.

Back when Douglas was running for office, things were different. Douglas kept things positive and stuck to the issues. Like in this ad from his 2008 race against then-House Speaker Gaye Symington and then-radio host Anthony Pollina:

Or maybe this one:

Or how about this one?

Of course, 2008 was a doozie of an election year for Douglas. Battling for a fourth term in office, the incumbent gov somehow had to fight off a dual challenge from two liberals who ran JV campaigns and ended up splitting a combined 43.5 percent of the vote — compared with Douglas' 53.4 percent.

Alas, YouTube wasn't around for Douglas' first three gubernatorial races, so we can't show the highlight reel from his campaigns against Doug Racine, Peter Clavelle or Scudder Parker. Surely, though, they offered "policy initiatives or visions of the contenders who sponsor[ed] them."

"Sadly," Douglas continues in his commentary, "even the media aren't much help." A recent Gallup poll, he notes, shows that 60 percent of Americans have lost faith in us hacks here in the Fourth Estate:

The media often focus on matters that distract us from what's really important: more Americans have likely heard of the controversies surrounding Barack Obama's birthplace and Mitt Romney's '47 percent' remarks than of the candidates' positions on foreign policy or the federal debt.

Hold the phone! Did ol' Jimbo just equate an utterly-debunked, fear-fueled rumor about Obama's birthplace with the utterly real and refreshingly honest remarks Mitt Romney made at a closed-door campaign fundraiser?

What's that sound? Oh, it's our false equivalency siren screaming away.

Don't worry, though. Douglas has just the solution to right the ship of democracy. You see, he says, "a new organization is trying to cut through all this." It's an outfit called "Face the Facts USA." It's run by a fellow Middlebury grad out of The George Washington University — and, as Douglas discloses, the former gov serves on its advisory board.

This noble new outfit is making up for the failings of those nasty politicians and flaky reporters by — wait for it! — presenting one new fact a day until Election Day. Replete with cute graphics and cheeky videos, the one-a-day fact dispenser tells us such things as student debt is growing, the Affordable Care Act will fine those without health insurance, and states keep raising cigarette taxes.

Um, okay. So how exactly is that going to help me figure out who to vote for?

Douglas may have a point: Politics can be a nasty, substance-free business. And as VTDigger.org's Jon Margolis has far more artfully written, we reporters often prefer to cover the political horse race — not the underlying policy debate.

But is the former governor really the one to make this point? After all, he ran more than a few nasty campaigns himself — and he stocked the upper echelons of state government with $400,000-a-year worth of taxpayer-funded "communicators," whose raison d'être was to keep the media from reporting tough stories about his administration.

As a former taxpayer-funded communicator myself, I can assure you the job is not devoted to cutting through the spin. Quite the opposite, in fact.

More problematic is the intellectually lazy manner in which Douglas strives to make his point. Yes, Americans distrust the media. But let's remember it was Douglas' political party that devoted its presidential primary debates to seeing who could out-trash the media. Furthermore, there is a difference between the Fox News and MSNBC squawk boxes and serious news outlets, like the New York Times, National Public Radio and the New Yorker (Cue the cries of liberal media bias!), all of which have been conducting serious, thoughtful reporting this campaign season.

He must also know that while Face the Facts USA is a lovely little feel-good project, it does nothing to achieve the goals of good political journalism: to suss out the differences between the candidates on matters of policy, experience, management and leadership.

Evidently Douglas has the time between penning chapters of his forthcoming memoir to trot out tired talking points bashing politicians and the press, but he doesn't seem to have the time to come up with any serious solutions. And while it may feel pleasant to recall the days of yore when candidates like Lincoln and Douglas — or Douglas and Racine — held high-minded, unscripted debates about the issues of the day, the former governor provides nothing in his commentary of use to those of us living in the present.