Shumlin on Fundraising Trip to Los Angeles | Off Message 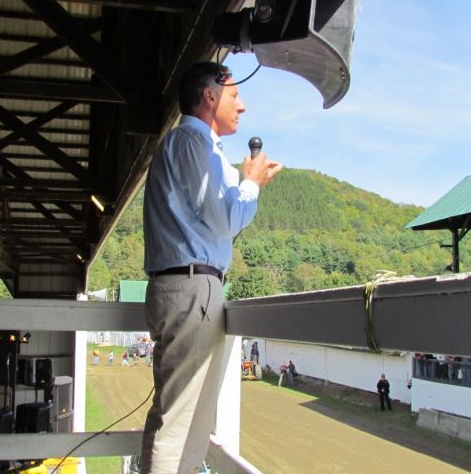 "The Tunbridge World's Fair is in full swing through the weekend," Gov. Peter Shumlin's staff tweeted Friday, helpfully including a link to a photo of the gov at last year's fair (see right).

But don't think that means Shummy's at this afternoon's antique tractor pull.

In fact, the gov is out in Los Angeles at campaign fundraiser, says campaign manager Alex MacLean. Shumlin left for SoCal Thursday evening and will return Saturday; while he's there, he'll also appear on "California Edition," a public television show, to talk health care reform.

No word on whether he plans to get some surfing in.

The fundraiser is being hosted by businessman Paul Morabito, "who is a big fan of the governor, due to his work on marriage equality," MacLean says. The two met at a previous fundraiser held by the Gill Action Fund, an LGBT-rights group.

The governor recently took heat from Republican opponent Randy Brock for his decision to skip a number of gubernatorial debates, to which Shumlin responded last week, "I have to balance doing my job as governor with my job as a candidate."

Asked if the Los Angeles trip were interfering with Shumlin's governing duties, MacLean said Friday, "Well, obviously the governor needs to balance governing and campaigning. He enjoys campaigning and is looking forward to engaging in six more debates with Randy Brock, for a total of seven."

A past co-chairman of the Gay & Lesbian Alliance Against Defamation, Morabito is the former CEO of Berry-Hinckley Industries, a wholesale fuel supplier based in Nevada. Prior to that, he was a Shell Oil and Jiffy Lube franchisee. Morabito has also held a number of appointed political positions in California, including sitting on the boards of the California High Speed Rail Authority and the California State Coastal Conservancy. According to the Los Angeles Times, he was named in a 2009 class-action lawsuit relating to an alleged real estate scam, but that suit was later dismissed.

“It is astonishing with a schedule so busy with no room for an hour-long debate outside of media events in Chittenden or Washington County, that the Governor has the availability to travel across the country for three days," Brock said. “The Governor is doing Vermonters a disservice by taking his campaign outside of the state, instead of spending his limited campaigning time visiting with and listening to Vermonters here at home. I cannot help but question the Governor’s out of state trips and the amount of time he is spending speaking to Californians instead of to Vermonters."

He concluded: “Vermont needs a Governor whose focus is Vermont. I will be a Governor who works with Vermonters to resolve the problems we face here in our state."