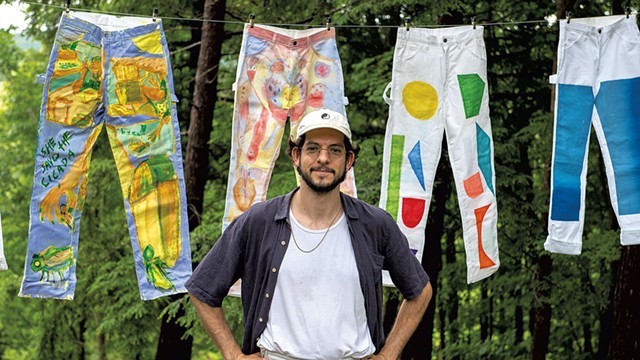 Artist, musician and advertising professional Zach Pollakoff is throwing the second show at his Bauschaus VT gallery in Charlotte this Saturday, October 16. Six artists will display large-scale installations in Pollakoff's historic gallery and home, accompanied by a live soundtrack from Brooklyn's Elori Saxl, an Emmy-nominated composer and filmmaker, and Photay, an electronic producer, also from New York City.

Pollakoff moved to Charlotte last year during the pandemic and took up residence in the former home of artist Maize Bausch and her second husband, architect Carl Bausch. Carl designed and built the five modernist structures in the valley of Mount Philo for him and his family in the late 1960s.

In July, Pollakoff hosted an event called the "Painter Pants Show," inviting artists to use pairs of white Dickies painter pants as a canvas. For his second show, the transplanted New York artist has even more ambitious plans. 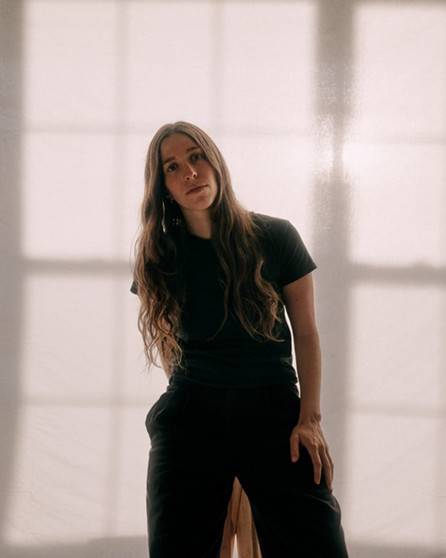 "Bauschaus VT is an ephemeral experiment that uses art as a conduit for community," Pollakoff said in an email to Seven Days. "These installations will invite the viewer to feel a part of the art itself."

Vermont-based artists Rory Pots, Vanishworks, Wylie Garcia and Will Gebhard are featured, with two NYC artists, Tin and Edd and Jemila MacEwan, rounding out the bill.

The show promises to be a night of collaboration, with the artists' works juxtaposed to the ethereal sounds of Elori Saxl and Photay, who Pollakoff says will "perform meditative sets amongst the installations."
The show runs from 2 to 8 p.m., with drinks and light refreshment provided by Zero Gravity Craft Brewery. Donation-based tickets can be purchased here.  Masks and proof of vaccination required.
Prev
Next