Roost.World — formerly known as Roost before front person Zack Shuster changed the name to avoid confusion with other acts — headline the night. The band's latest EP, Cheapbabyy27, was a quick blast of dance punk full of energy and wit.

Eric Maier (Madaila, EVNGwear) produced the EP.
"Even though they keep changing their name, Roost.World is one of my favorite bands in Burlington," Maier said. "Very few artists approach their craft with as much commitment as Zack Schuster."

The Future Fields producer, who goes by gender-neutral pronouns, considers themselves an early adopter of the band, referring to Roost.World as "stoner genius." 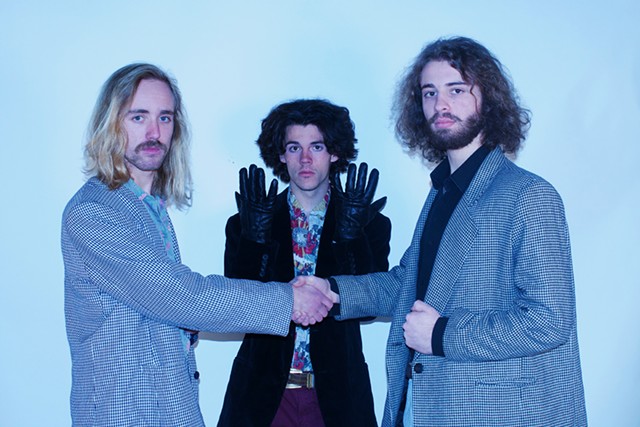 Now based in Brooklyn, dance punk act Pons are fresh off releasing their own EP, The Pons Estate. Their homecoming highlights what promises to be a night of high-energy, chaotic indie rock.

Doors open at 9 p.m. and tickets can be purchased here.
Prev
Next