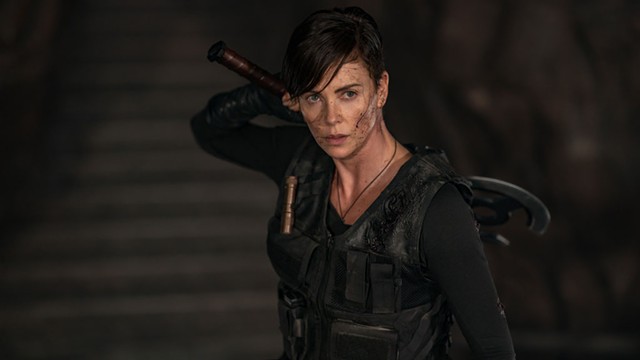 The film:
The Old Guard

Where to see it:
Netflix

The deal:
Her name is Andromache of Scythia (Charlize Theron), but you can call her Andy, and nothing can kill her. Stalking around in black jeans and sporting the deadpan charisma of vintage Clint Eastwood, Andy leads a team of centuries-old warriors with miraculous regenerative abilities. Joe (Marwan Kenzari) and Nicky (Luca Marinelli) date from the Crusades; Booker (Matthias Schoenaerts) from Napoleonic France. Together they while away their seeming immortality by fighting for good causes.

But when an ex-CIA operative (Chiwetel Ejiofor) double-crosses the team, they learn someone’s after them — a pharmaceutical exec (Harry Melling) eager to market the secret of eternal life. Meanwhile, psychic dreams lead Andy to a Marine (KiKi Layne) who has just survived a mortal wound. She’s one of them. But can this idealistic young soldier commit to a team whose jaded leader despairs of ever winning the good fight?

Will you like it?
While these characters don’t wear uniforms (let alone Spandex), The Old Guard is very much a superhero movie, adapted by Greg Rucka from his graphic-novel series. It’s dark, bloody and elegiac like Logan, with the texture of an international thriller, but there’s not much in it that we haven’t seen before. Weary, disenchanted leader? Check. Ambivalent rookie hero? Check. Evil mastermind who must be stopped? Check. Frustratingly underdeveloped supporting characters? Check. Dialogue that isn’t as witty as it wants to be? Check.

That said, director Gina Prince-Bythewood (Beyond the Lights) offers enough that’s new and interesting to offset the boilerplate. For one thing, this is a “passing of the torch” superhero story whose two central characters are women. For another, the gay relationship between two team members is not glossed over; it’s foregrounded in an exuberant scene that probably marks some kind of milestone for the genre. 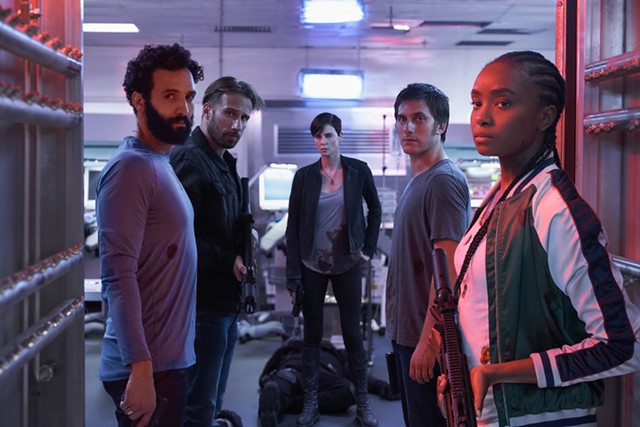 Another plus: The Old Guard’s small-screen budget steers it clear of the bloated CGI battles that plague its theatrical brethren. Instead, we get old-school hand-to-hand combat, and Theron sells it well enough to cement her status as a new cinematic action hero. These visceral clashes have thematic resonance, too. No one in The Old Guard is entirely immune to aging or pain, we learn, and Prince-Bythewood stages an effective scene that drives home a sense of physical vulnerability that we don’t usually see in this genre.

Combining old standards with tantalizingly original touches, The Old Guard feels like a serviceable pilot episode for what could be a great series. The ending appears to set up a sequel, but none has been confirmed yet; stay tuned.