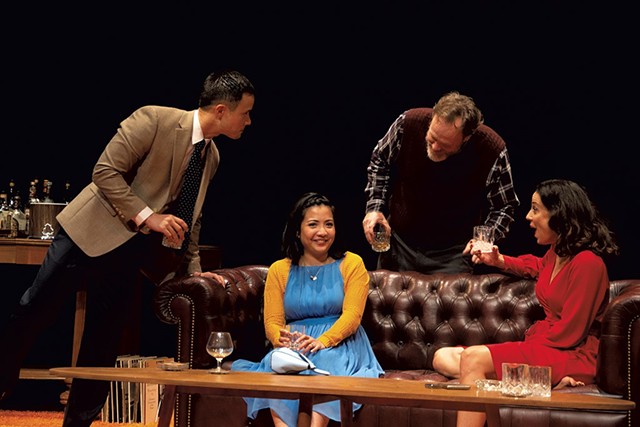 The Weston Playhouse, Vermont’s longest-running professional theater, has lost all of its earned income since canceling its summer theater season, said executive artistic director Susanna Gellert. While the theater has been able to reduce its operating budget from $2.3 million annually to about $1 million, the grant support is still vital.

“The $50,000 NEA grant is a pretty huge leg up for us,” Gellert said. She said the Weston staff are planning to use it to budget for the 2021 fiscal year, which begins January 1. A Paycheck Protection Program loan ensured that no staff have been laid off so far, and Gellert is cautiously optimistic that donor support will remain strong enough that all staff can be retained.

The theater’s director of development, Emily Schriebl Scott, said planning for the future is about more than just financial concerns. There are more philosophical questions, too: What should a theater try to be during a pandemic? For the Weston, staff have focused on supporting playwrights and artists in creating new work and virtual offerings.

The federal Coronavirus Aid, Relief and Economic Security Act awarded $75 million each to the NEA and NEH, 40 percent of which was distributed to statewide organizations such as the Vermont Arts Council and Vermont Humanities to distribute further. Those two organizations have been distributing $700,000 from the NEA and NEH in the form of grants to nonprofits of between $2,500 and $10,000.

More than 200 organizations and individual artists have applied for grants, reporting more than $36 million in current and projected losses due to the pandemic. According to the arts council, the creative sector accounts for 9.3 percent of the state’s jobs.

“We are incredibly grateful for everything the NEA does, and especially the arts council. But I would love to see government funding increase in this moment,” Gellert said. “We’ve talked, as a state, about how the creative economy fuels Vermont. I think we’re really going to learn what that means.

"I’m sure we will start to see some organizations have to close their doors for good," Gellert added, "and I think the impact will be profound.”

Correction, July 7, 2020: An earlier version of this story left out one of the recipients of an NEH grant, due to its omission from a press release.