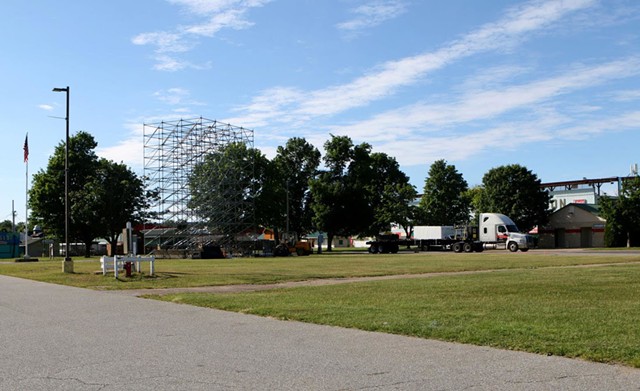 According to a press release, a large stage is currently being constructed, and all proceeds from upcoming programming will benefit the Vermont Arts Council. Three local high schools — Champlain Valley Union High School, Essex High School and South Burlington High School — will hold graduation ceremonies at the Expo on Saturday, June 13.

"The goal is to provide a community resource to help facilitate gatherings of all types," Crothers said of Higher Ground's partnership with the Expo. "We purposely left the schedule open so that we can accommodate a broad range of uses."

More events will be announced soon, according to Higher Ground Presents' Amy Wild.

The Higher Ground Drive-In Experience can accommodate up to 250 vehicles, with enough room for cars to be spaced at least six feet apart. Tickets, which are only available online, will be sold per carload, rather than per person. Attendees will be allowed to sit outside in front of their vehicles in lawn chairs or on blankets. To boost visibility, a 27-foot LED video wall mounted 40 feet high will be erected next to the stage.
Prev
Next