Barre Opera House to Remain Closed Through 2020 Due to Pandemic 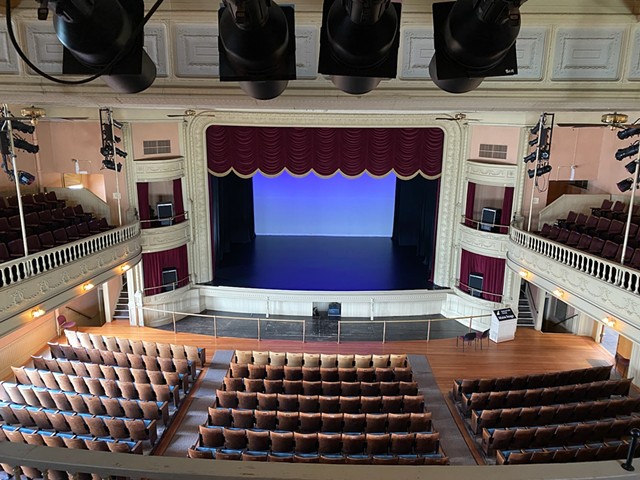 Barre-area patrons of the arts will have to wait a bit longer than expected to get their live performing arts fixes at the Barre Opera House. The historic, 650-seat Granite City theater will remain shuttered through the end of the year due to factors related to the coronavirus pandemic.

Barre Opera House director Dan Casey announced the extended closure in a press release on June 1, citing "uncertainty regarding COVID-19, restrictions on the assembly of large groups, and the ability and willingness of touring artists to perform on scheduled dates."

Built in 1899, the nonprofit performing arts center typically hosts at least 60 events per year, including music, comedy, dance and other performances by local, national and international artists. More than 23,000 visitors pass through Barre Opera House annually, according to its website.

The numbers will certainly look different this year. Barre Opera House programming stalled in early March with more than 27 events and four weeks of youth summer camps canceled. Now, Casey is working to reschedule a significant chunk of the upcoming season, which was to start on October 3 with a concert by Classic Stones Live, a Rolling Stones tribute act. 2020 Celebration Series and Barre Opera Presents programming will receive new dates next year, as will events put on by outside entities renting the space.

Ticket holders for shows canceled or rescheduled during the 2019-20 season were given the option of pocketing their tickets for a future date or being reimbursed. Tickets for the 2020-21 season would have gone on sale in August.

If there's an upside to the interruption, board member and capital campaign chair Bob Pope said in Casey's press release, it's that facility improvements slated to begin in summer 2021 — replacing the rigging system, renovating orchestra-level seating and repainting the interior —  can now take place while the theater is dark.

"While we still have to raise the final portion of funding, if we're able to complete all the work now, this will eliminate the need to close the theater later," Pope said.

In a June 1 phone call with Seven Days, Casey said the organization would forgo virtual programming in favor of enhancing the building and preparing for 2021.

As for the future of Barre Opera House, which employs three full-time staffers, Casey is optimistic. "Oh, we'll be around," he said.

Despite Casey's positive attitude, Barre Opera House isn't out of the woods. "We, and I think every arts organization in Vermont and the country, are going to be in serious need of additional funding," Casey said.

What can community members do to help?

"Support comes in the way of buying tickets, buying memberships; businesses can help out by sponsoring shows," Casey advised. "We're still trying to raise money for the capital campaign [to fund facility improvements]," he continued, "so donations toward that would be immensely helpful."
Prev
Next