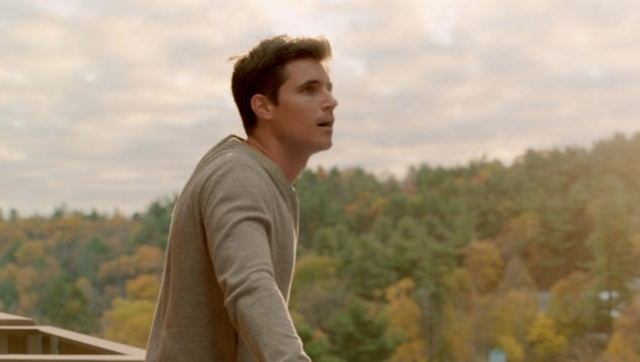 Where to see it:
Amazon Prime Video

The deal:
In 2033, no one has to die — no one who can afford to have their consciousness digitized and uploaded to a virtual afterlife, anyway. Twentysomething tech bro Nathan Brown (Robbie Amell) hasn’t yet made provisions for his own untimely demise, which occurs in the pilot episode when his self-driving car rams itself into a truck.

Luckily (or unluckily) for him, his image-obsessed girlfriend, Ingrid (Allegra Edwards), comes from a 1 percent family with “unlimited data.” As medical personnel fight for Nathan’s life, she persuades him to let himself be preemptively uploaded to the swanky Horizen Lakeview, a rustic grand hotel inside a computer server. (Exteriors were filmed in a real place: Mohonk Mountain House in New Paltz, N.Y.)


Nathan’s digital afterlife may look like paradise, but it turns out to be a little creepy — and stuffed with paywalls and sponsored content. Even more disturbing: Ingrid can now delete his entire being from existence with a swipe of her finger.

So maybe it’s not so great for Nathan that he’s feeling attracted to his “angel,” Nora (Andy Allo), a customer-service rep who’s supposed to help him adjust to his new plane of being. Unlike him, Nora is still alive, and she’s starting to suspect that Nathan’s death wasn’t an accident.

Will you like it?
First off, originality is not “Upload”’s strongest suit. Fans of the British anthology series “Black Mirror” will recognize this show’s premise from an Emmy-winning episode of that one. (I won’t name the episode, which is best experienced unspoiled.) The notion of people’s fates depending on consumer star ratings, also featured in “Upload,” was chillingly and hilariously explored in the “Black Mirror” episode “Nosedive.”

And you know what? That’s fine. Some ideas are so rich in implications that they deserve multiple treatments. “Upload” creator Greg Daniels takes the “digital heaven” premise in new directions, imagining how class divisions might replicate themselves in a secular, corporate afterlife. Lakeview’s basement is full of low-rent souls, “two-gigs” whose heaven is limited to a bare room. Meanwhile, Nora and her fellow low-paid “angels” toil all day at their desks in VR goggles, tending to the needs of the affluent dead.

Despite this dark vein of dystopian sci-fi, “Upload” is basically a comedy. Daniels is known for his work on “The Simpsons,” “The Office” and “King of the Hill,” and the series can get broad and sitcom-ish. The attractive blandness of the visuals and the leads contributes to a certain network TV feel (without the network censorship — do expect a few flashes of nudity and gore). 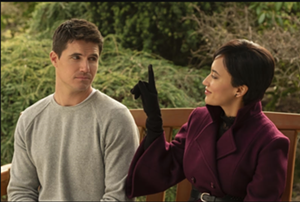 But if “Upload” is old-school TV, it’s good old-school TV — sharp, funny and inventive enough to keep me in binge mode. It’s hard not to root for Nathan and Nora’s seemingly doomed romance. Meanwhile, Edwards gives the juiciest performance, making Ingrid such an absolute horror that she comes full circle and becomes unexpectedly sympathetic.

If the premise appeals to you, “Upload” is one to download (or, y'know, stream). But expect some uncomfortable moments, given how virtually we’re all living these days. The show updates Hamlet’s dilemma: Which is better: not to be, or to be eternally inside some marketer’s version of heaven?