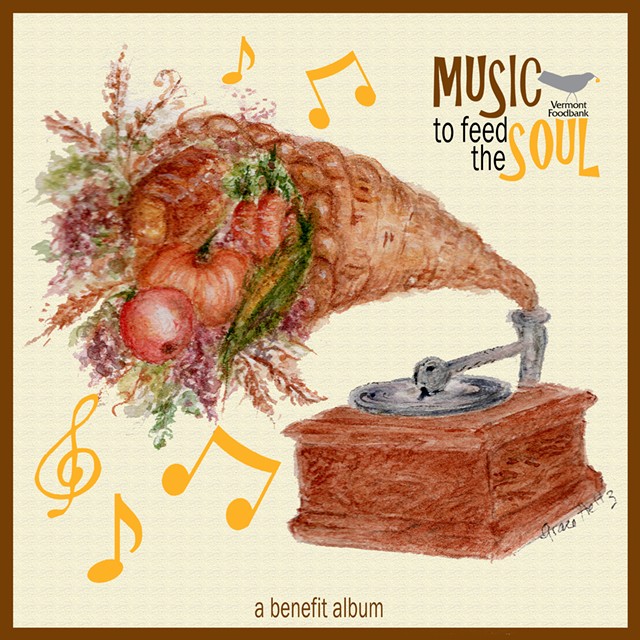 A group of Vermont musicians has rallied together to create a compilation album to benefit the Vermont Foodbank as the organization deals with increased demand due to the ongoing coronavirus pandemic. Organized by Jim Heltz of rock band Transitory Symphony, the 28-track collection, Music to Feed the Soul, comprises tunes from a truly eclectic selection of Vermont-based artists. It includes tracks from jazz icon Paul Asbell, electro-pop artist Willverine, garage-rock band Yestrogen and over two dozen more.

"I just felt like I needed to do something," Heltz said in a recent phone conversation.

Wanting to take action beyond a personal donation to the Foodbank, he began contacting local artists on April 16 to contribute a song for the comp. The album was finalized on April 29 and officially released on May 4. Heltz suggested to artists that they select songs for inclusion that support the themes of togetherness and unity. Several artists submitted brand-new tunes written since the state government issued the Stay Home, Stay Safe order, including folk-rock artist Bow Thayer's uptempo "Fortress" and Americana outfit the Whetstone Wailers' earnest "Times Like These."

The anthology is available for purchase at musictofeedthesoul.bandcamp.com. All proceeds go directly to the Vermont Foodbank.

"It takes you on a real journey," Heltz says of the nearly two-hour album.

A press release regarding the compilation explained that the Vermont Foodbank distributed approximately 78 percent more food than usual during the month of April as need for food skyrocketed as a direct result of the COVID-19 crisis.
Prev
Next