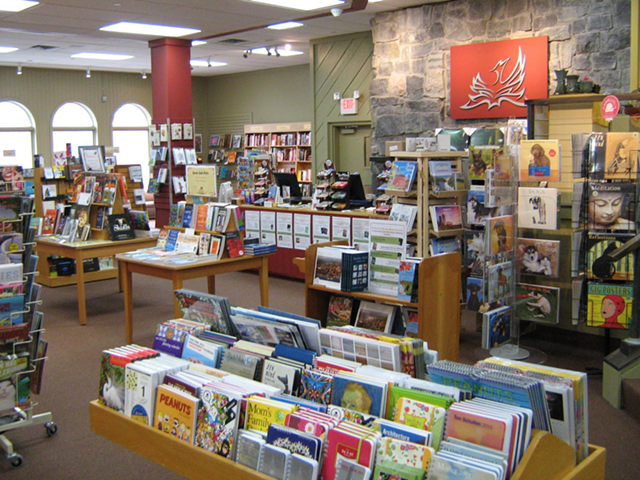 As Vermonters hunker down during the coronavirus pandemic, finding ways to stave off boredom has become more important than ever. But what to do when you've burned through the home library in, like, four days? Throughout this indefinite period of isolation, we'll check in regularly with local booksellers for reading tips. First up in the Quarantine Book Club: Phoenix Books in Burlington.
You might think that since it closed to in-person customers more than a week ago, Phoenix Books in Burlington would be like a ghost town. (Ghost store?) However, the Bank Street bookseller has been anything but.

"We've been pretty busy," said store manager Tod Gross, "there's no down time." He explained that both the Burlington store and its counterpart in Essex Junction have been doing brisk business in online and phone sales both for mail order and "contact-less" curbside pickup.

The store has also seen an uptick in window shoppers, though not the traditional kind, exactly.

"We have customers who come to the window looking in, and we've been showing them puzzles and books, and they're choosing things that way, through the window," Gross said.

Both Phoenix stores are down to skeleton crews — three people in Burlington, two in Essex Junction. But Gross noted that the stores' owners gave every employee four additional weeks of paid time off, whether they're working or not. He also explained that the national supply chain for his store remains intact, so he and his coworkers have had no trouble receiving new inventory.

Which is good, since Vermonters will undoubtedly be in search of new reads as most people continue to stay home — now and for the foreseeable future. So here are Gross' recommendations for what to read while we're cooped up.

The Red Lotus by Chris  Bohjalian, Doubleday, 400 pages, $27.95
Gross suggested the Vermont author's latest for a number of reasons. "One, it's a fantastic read, an edge-of-your-seat thriller," he said. It's also timely, since it includes a pandemic — albeit a manmade, terroristic one.

"What could be better to read about?" he said.

"It's just a really great read and probably one of his best books ever," Gross continued. (FWIW, the New York Times heartily agreed. ) Gross noted that local bookstores, including the Phoenix locations, have autographed copies.

"You'll become so invested in the characters it will actually take your mind off what's going on now," he said. But, he cautioned, "You won't look at rats the same way."

[Editor's note: Look for an interview with Bohjalian in the April 1 issue of Seven Days.] 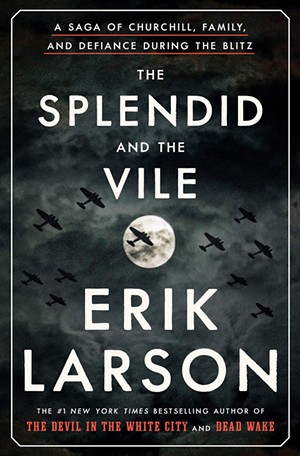 The Splendid and the Vile: A Saga of Churchill, Family, and Defiance During the Blitz by Erik Larson, Crown, 608 pages, $32
The latest work of nonfiction from the best-selling author of The Devil in the White City tells the story of how prime minister Winston Churchill was able to rally his armies and British citizens during the early days of the Blitz, when Germany bombed the United Kingdom during World War II.

"I think it's really apropos for our time because it really shows what a true leader is during times of crisis," Gross said.

He explained that what makes Larson's book so unique are the first-person accounts he had access to, including the diary of Churchill's granddaughter, which had just been released.

"He really gives both a personal and a historical look at how Churchill was able to rally his nation," Gross noted.

Chirp by Kate Messner, Bloomsbury Children's Books, 240 pages, $16.99
Gross suggested the latest from local children's author Kate Messner partly because it's set in Vermont. "But it's really about a young girl and how she figures out where she fits in the community," he said.

The story follows a middle schooler named Mia who moves to the Green Mountains to be closer to her grandmother, Gram. Gram also runs a cricket farm, which she believes someone is trying to sabotage. But Mia can't be sure whether Gram's concern is legit or the result of a recent stroke.

"There's a bit of a mystery, and it's a lot about empathy and family," Gross said. "Its a timely, uplifting story of a young person" who's dealing "with not just her own world, but also an elder relative."

"If you remember that myth, he has to roll this boulder up and down the mountain every day," explained Gross. "So how does he find meaning in his life when there's no end point and it's just a constant struggle?"

Gross finds an analogy between that myth and days that, during a time of isolation, somehow feel like an entire week.

"I think it's an important message for where we're at," he continued. "It can seem like every day is pointless, but there is a method to what we're doing, and we'll come out stronger."
Prev
Next