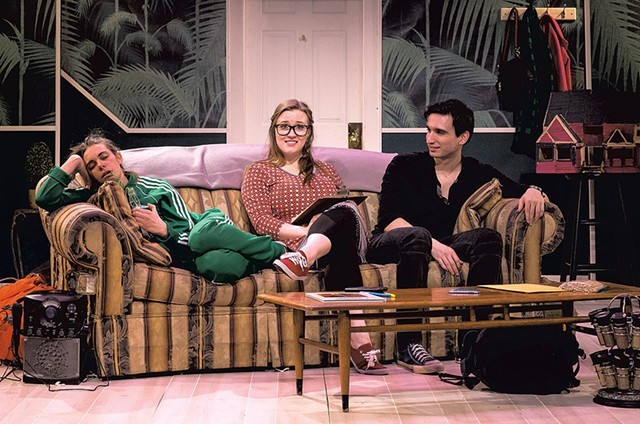 Vermont Stage is leaving the FlynnSpace after 17 years to take up residence at the Main Street Landing Black Box Theatre.

"We have become a victim of our own success,"  wrote board chair Peter Espenshade in an email. "The move will allow us to meet the demand for live theater and will allow us more room, from the lobby to backstage, to produce world-class theater," he said.

He noted that the production company sold more tickets last year than it ever had in its 24-year history. Espenshade credited that success to producing artistic director Cristina Alicea and general manager Jamien Forrest.

To accommodate the production company's needs, Main Street Landing is re-engineering the layout of its performance venue and converting it into a flexible black box theater — a space true to its name.

Theatergoers will be able to convene in a separate lobby prior to shows or during intermission, with a pop-up bar available.

The move will come at a cost, he noted. The board chair said he's hopeful that the company will be able to raise $73,000 to outfit its new residence with state-of-the-art equipment.

The FlynnSpace has been a "wonderful home" for Vermont Stage, and the Flynn Center has always been supportive of the company's mission, Espenshade emphasized.

The Curious Incident of the Dog in the Night-time will be Vermont Stage's final performance in the FlynnSpace, beginning October 3.

Correction: August 14, 2018: An earlier version of this post misstated a reason for Vermont Stage's move, and reiterated erroneous information about parking.
Prev
Next