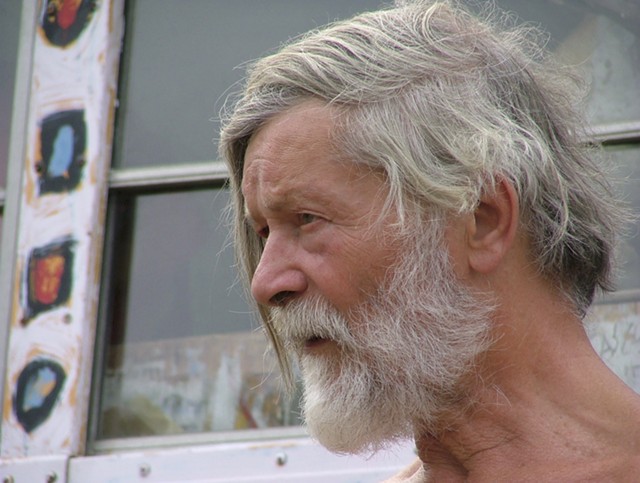 The fifth annual Herb Lockwood Prize in the Arts has gone to Peter Schumann, visionary artist/activist and founder of beloved Glover-based Bread and Puppet Theater. He was presented with the $10,000 award — the largest arts prize in Vermont — in a small ceremony Tuesday afternoon at the BCA Center.

The aim of the Lockwood Prize is to "reward the pinnacle of arts leadership in Vermont by honoring the state's most influential artists," according to Todd R. Lockwood. He created the award in 2014 and named it for his younger brother, Herb, an artist and musician who died in a workplace accident in 1987 at age 27.

Earlier this month, Schumann received an honorary doctorate from Concordia University in Montréal. He has also been the recipient of a Guggenheim Fellowship.

Bread and Puppet began on the Lower East Side in New York City in 1963; German-born Schumann moved it and his family to Vermont in 1970. Rural Glover has been the home of the theater and growing puppet museum ever since, as well as the site of many performances of the troupe's popular "Our Domestic Resurrection Circus."

Combining political satire, music, vaudevillian humor — and, of course, larger-than-life puppets and Schumann's homemade rye bread — the company has inspired thousands and trained hundreds of young artists in puppet and theater arts over the years.

The Lockwood prize comes in Schumann's elder years — he just turned 84. But the award is nonetheless timely, as authoritarianism and xenophobia rise in the U.S. and around the world. Unfortunately, Schumann's tireless crusade for justice is far from over.
Prev
Next