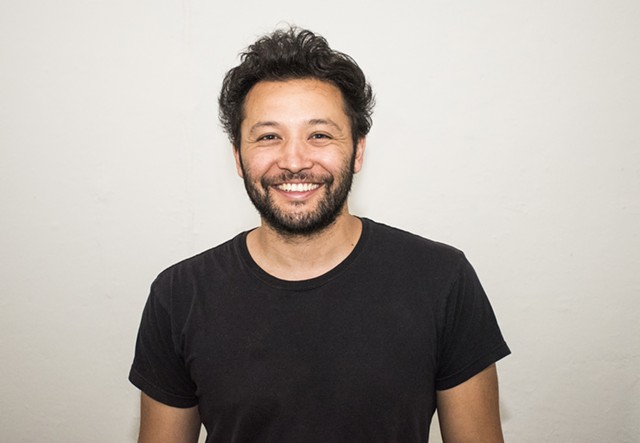 On Thursday afternoon, Generator announced the newest addition to its team:  Elliott Katz, who will be the new shop operations manager. Katz is an artist who previously worked as an adjunct professor and sculpture technician at the University of Hartford and managed the Seven Below Arts Initiative residency — a collaboration between Phish's Trey Anastasio and Burlington City Arts that ended last year.

That gig also brought Katz into contact with then-BCA curator and current Generator director Christopher Thompson. Additionally, Thompson included Katz in the BCA show "Human = Landscape" in 2009. Thompson was the chief curator at BCA from 2008 to and joined Generator in August last year.

In a recent phone interview, Katz said he's excited to get started in the Generator shop facilities, which currently include basic wood and metalworking.

"Everything needs a deep reordering and cleaning," he said. After that, he plans to build out the forge and add a foundry — a facility for melting and shaping metal.

His primary responsibility will be "to do whatever people want," Katz said.

"[Education director Sarah Sprague] and Chris have very clear visions of what the community is hungry for, and I think I'll just implement their goals," Katz said. Essentially, makers gonna make — but they need the stuff to make with. So Katz will make that.

Katz said that what he learned at Hartford will likely prove useful at Generator. "We had a foundry, a glass-blowing studio that was new to me," he said. "I love that material — it's so immediate."

Whether or not Generator expands into , some of Katz's new colleagues —contemporary artists and fabricators — may very well come to visit. He hinted that Colin McMullen, who built a mobile sugar shack and conducted sugaring demonstrations in a low-income area of Hartford, could be one of them.
Prev
Next