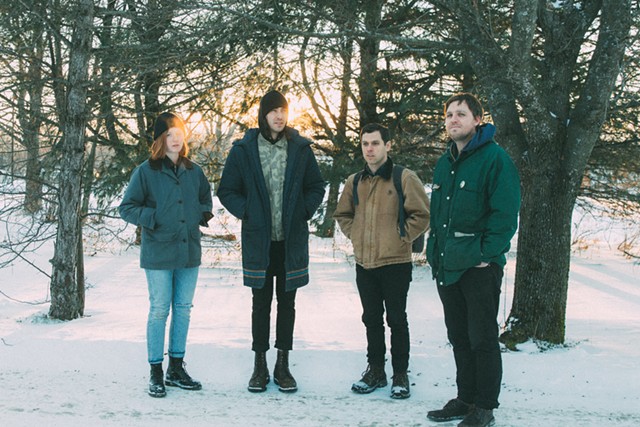 In the video, front man and songwriter Paddy Reagan sings with visceral intimacy, inviting us into his home and addressing us with plenty of direct eye contact. One by one, the band's other members, Liz Stafford (also of Julia Caesar), Wren Kitz and Brennan Mangan join Reagan for an adorably humble galley kitchen performance.
Acceptionalism is out on April 13. Visit papercastles.bandcamp.com for more information.