Joke of the Week: Playing Favorites 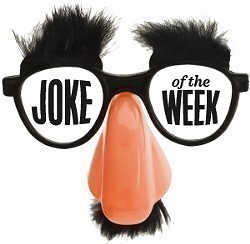 It's Monday, which means it's time for your weekly dose of locavore levity: the Joke of the Week! This week's joke comes from Burlington's Sky Sandoval. Take it away, Sky…


I saw a Dunkin' Donuts truck that read, "America's Favorite Coffee."  I think that's more about distribution than favoritism, Dunkin'.

You can't just conflate something being widespread with it being beloved. If you could, there would be a bunch of safe-sex pamphlets out there that would read, "HPV: America's Favorite STD."

Says Sandoval:  This joke that I thought of on the drive to work is definitely going to disrupt Dunkin's stranglehold of the East Coast coffee market. 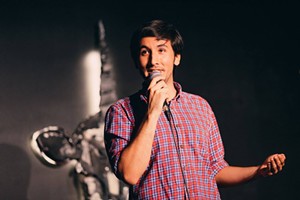 Sky Sandoval is a Burlington-based comedian who has opened for national acts such as DeAnne Smith and was a finalist in the 2017 Vermont's Funniest Comedian contest. He produces the Cup of Comedy showcase at Radio Bean in Burlington on the last Sunday of every month.