Remembering Robert De Cormier: The Music and the Man 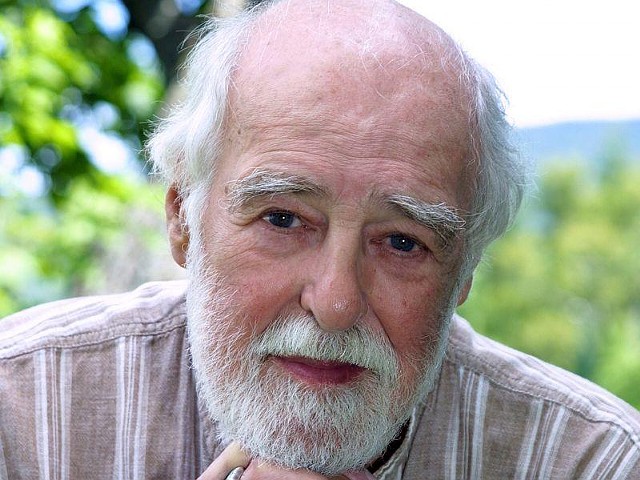 When choral conductor and arranger Robert De Cormier passed away on Sunday at the age of 95, the remembrances were swift and heartfelt. A resident of Belmont with his wife, Louise, since 1956, he was beloved by all, in part because he worked with musicians across all spectrums — musical and otherwise.

Trained at the Juilliard School, De Cormier directed the New York Choral Society for 17 years; he also served as musical director and arranger for the folk trio Peter, Paul and Mary for 30 years. He performed and recorded with such classical-music greats as Jessye Norman, Kathleen Battle and James Levine, while also arranging music for the likes of Harry Belafonte and Pete Seeger.

De Cormier's New York City-based group the De Cormier Singers, which he directed for 17 years, was interracial from its founding in 1963. He arranged numerous African American spirituals for the group. He also recorded albums of Yiddish and Hebrew songs, and conducted performances of Verdi’s Requiem in memory of the Jewish inmates of the Nazi labor camp Theresienstadt (Terezin, in Czech), who performed it there before being shipped off to die.

De Cormier’s legacy in Vermont is profound and lasting. He formed the Vermont Symphony Orchestra’s first chorus in 1993, at the invitation of then-conductor Kate Tamarkin. In 1995, he and Louise founded the Terezin Project to educate New Englanders, and especially children, about the Holocaust. (The project traveled to New York City that year to perform two of the camp victims’ operas for children: Brundibar and The Emperor of Atlantis.)

De Cormier founded the state’s first, and markedly successful, professional singing group, Counterpoint, in 2000. And in 2008 he started the annual Peace Concert, which unites Counterpoint and other singing groups in a peace-themed singing fest.

Though De Cormier chose the repertory for the 10th Peace Concert this September, he felt too ill to attend. But perhaps that part of his legacy sums up what the musician is best remembered for: his impassioned belief in the power of music to bring about a better world.

Seven Days spoke with three people who worked with De Cormier over many years, who each echoed this sentiment.

“The thing I remember about him is his great humanity,” says Walter Parker, the Vermont Public Radio classical-station host who regularly brought De Cormier to his studio for interviews. “For him, music was not about the science of tones. It was always the words, the message. He was always concerned about the human condition and how music can alleviate suffering.”

Parker first learned of De Cormier while earning a graduate degree in musicology at New York University, just before moving to Vermont in 1984. The conductor was well known around the city for his leadership of the New York Choral Society. These days, Parker says, De Cormier’s classically informed arrangements of folk songs are sung by choirs around the country.

Parker remembers “how moved I was when he was describing the message of a piece of music — like a Civil War song. It was never just about pretty tones.”

But pretty tones are certainly part of De Cormier’s legacy, recalls Nathaniel Lew, who began singing tenor in Counterpoint when he arrived in Vermont in 2003 and took over as its director in 2011.

“His great love was folk music, which is largely about melodies,” Lew comments. De Cormier’s arrangements focused on highlighting those melodies in the sparest, most direct way. “If the altos weren’t needed, he wouldn’t use them,” says Lew. “Seeing those arrangements changed my whole approach [to arranging]. I was a maximalist, but he understood the beauty of clarity.”

That style worked best for De Cormier’s aim of unifying people in the cause of overcoming injustice. “Not every piece on every concert was about social justice,” says Lew, “but that approach was at the core of his being. He loved Verdi’s Requiem because the inmates at Theresienstadt had chosen to perform it. He approached a lot of work that way, as part of the struggle to be human.

Lew visited De Cormier and his wife at their 200-year-old farmhouse many times, he says, and recalls the couple’s hospitality warmly. Part of their legacy, he opines, is their neighborliness in tiny Belmont: “They have been on that hill forever, and they knew everybody in that town.”

A few years ago, Lew and the other dozen Counterpoint singers showed up for a surprise visit to sing De Cormier “Happy Birthday.”

“He inspired that kind of devotion,” Lew explains. “He was an extraordinary human being who was doing the right thing in the world. How wonderful to be with someone who makes you not just a better musician but a better person.”

Dawn Willis, director of the choirs Bella Voce and Solaris, agrees. “He was kind, generous, loving caring, just a delight to work with. He was beloved.”

When Willis first arrived in Vermont in 2003 as an already-seasoned choral conductor, she sought out De Cormier, whose music she had known for years. “We had lunch together, and he invited me to do warmups for the [VSO] chorus,” she recalls. Willis sang with the chorus until 2014, and served as De Cormier’s assistant conductor for the last eight years of that stretch.

De Cormier also arranged many songs for Bella Voce, a women’s choir, including the African American spirituals compiled on the group’s all-De Cormier CD Songs of Hope and Freedom. Nearly half that recording is dedicated to a cantata about Harriet Tubman, which Willis counts among her favorite De Cormier collaborations.

“We asked him to revoice [for women] ‘They Called Her Moses,’ about Tubman’s remarkable work helping slaves escape. It’s a six-movement cantata with narration throughout. In 2013, when we first performed it, Louise [De Cormier] was the narrator. It got such an amazing response that we put it on the recording.”

Bella Voce plan to perform the cantata at their 15th anniversary concert in 2019.

Willis says she understands De Cormier’s “striving” for peace. He fought in World War II in Germany, northern France and Holland as an infantryman in the U.S. Army. According to a Jewish Telegraphic Agency article from 2005, “In November 1944, as his unit pushed toward the Rhine River, a mortar shell exploded nearby and badly injured his hand; it took 13 operations to save it.”

Willis recalls De Cormier’s moving choice to conduct the VSO in a performance of Vaughan Williams’ Dona Nobis Pacem. “Having fought in the war, and just seeing what the world had to grapple with in terms of interactions between people, he saw music as a vehicle for peace. It was his opportunity to make a call for peace.”

Lew last saw De Cormier in late August when the latter came to the Elley-Long concert hall in Colchester to rehearse for the Peace Concert. “I gave him a great big hug,” Lew recalls. “He seemed frail but he was beaming. He was completely energized by the rehearsal process — it brought him so much joy. And he brought us so much joy.”