Joke of the Week: 50 Shaves of Gray | Live Culture

Joke of the Week: 50 Shaves of Gray 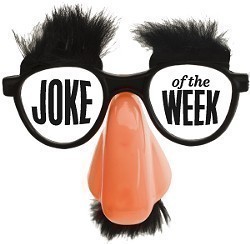 It's Monday, which means it's time for your weekly dose of locavore levity: the Joke of the Week! This week's joke comes from Burlington's Omega Jade. Take it away, Omega…

I wish receding hairlines could happen with pubic hair. It would really save on waxing. Especially since I'm at the age for gray pubic hair. It's like shaving is now an anti-aging technique.

Says Jade:  I was at an open mic the week of my birthday. After hearing a badly written joke about going bald — and realizing upon shaving I have gray pubic hairs — I was inspired. TMI, I know.

Omega Jade is a Burlington-based comedian who is originally from San Diego, Calif. She has been doing standup for three years and produces the "Blackout Comedy Night" series.