Half Lounge Reopens in Burlington Half Lounge officially reopened on Sunday night. The cocktail bar and live music hotspot closed its doors in March after serving downtown Burlington's nightlife scene for well over a decade. The Church St. watering hole will now be open seven nights a week.

In May, SideBar talent buyer Adrian Sackheim announced that he and Mr. Mikes Pizza/SideBar proprietors Aaron Chiaravelotti and Boudee Luangrath had purchased the hole-in-the-wall venue. They planned to refurbish the club with updated hardware and furnishings, new paint and a slight redesign of the floor plan.

Though originally scheduled to reopen in August, the revamp took longer than expected. Without fanfare — other than a last-minute Facebook post announcing the soft open — the bar greeted a busy downtown with house music and plenty of requests for its signature cocktail, the Velvet Glove.  DJs OD3 and Cliff were among the first to lay down beats Sunday evening. 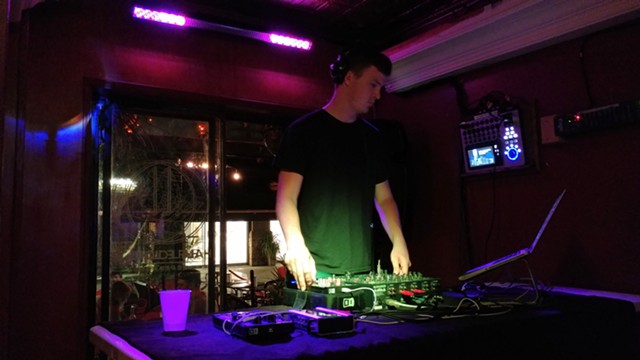