Joke of the Week: That's Nunsense! 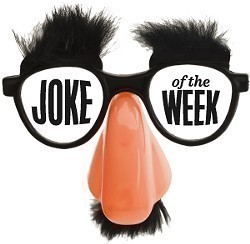 It's Monday, which means it's time for your weekly dose of locavore levity: the Joke of the Week! This week's joke comes from Bristol's Colin McClung. Take it away, Colin…

My first crush was on a nun. I once asked her, "What's your position on marriage?" "I'm married to God," she said.

For the longest time I thought that was the missionary position.

Says McClung: I spent the formidable years of my youth in Catholic school where I honed my shame, guilt and lust to a polished sheen. 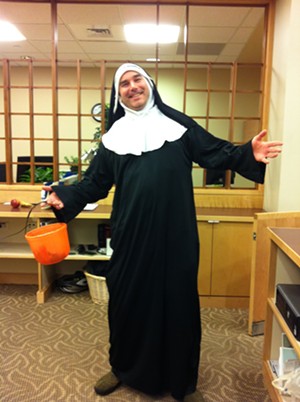 Colin McClung was raised in the South. He learned how to lean left living 10 years in California. He spent a few years wandering Hawaii and Alaska,  then ended up in Vermont. McClung won an Alaska Broadcasters Association award (the Goldie) and once had a poem featured on the "A Prairie Home Companion" website. He started doing comedy at age 48 and is a member of the local sketch comedy troupe Socially Irresponsible.